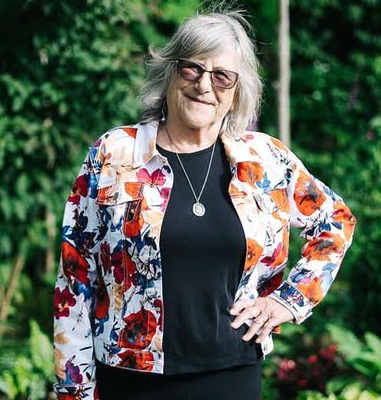 Ms. Stenson’s career with the festival goes back to the early 1980s, when she got involved with the fledgling event. Phyllis became Treasurer of the Festival organization in 1983, then Coordinator and Chair in 1985, and ultimately the organization’s Executive and Artistic Director. Under her leadership, the festival gained its status as a charity not for profit, and grew into a professionally run event, always maintaining a high standard of accessibility and culturally diverse, quality programming. She established the funding relationships that still allow the festival to present free shows on the waterfront and reasonably priced hall shows, and kept the festival running through some challenging fiscal times.

In 2013 she retired from the festival, and it is largely due to the fastidious succession planning and solid organizational foundations built by herself and her husband, Festival General Manager Ed Stenson, that her successors inherited a stable and respected organization that continues to bring the name of Harrison Hot Springs around the world.

She truly was… one of kind….