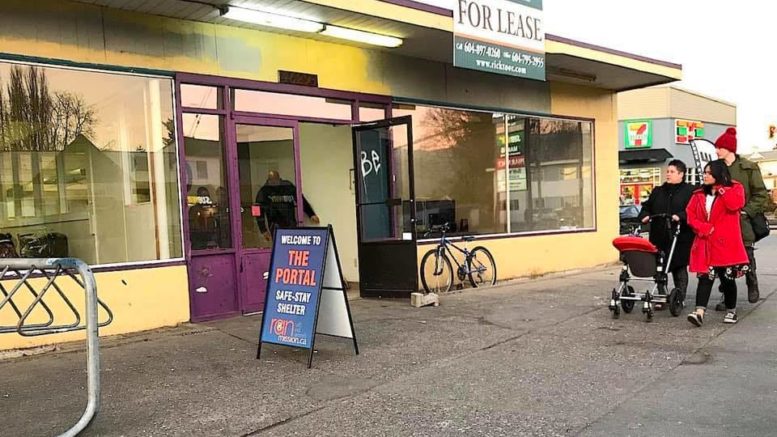 Courtesy - the portal needs to move

Chilliwack – The Chilliwack School Board held a special meeting on Wednesday October 9, to discuss the Portal Shelter. The shelter, operated by BC Housing and Ruth and Naomi’s, is in the cross hairs of a vocal debate. While the temporary shelter was put in place on Yale Road in December of 2018, neighbours have been vocal about drug use and crime increasing in the area. The Portal is within a block or so of Chilliwack Middle and Chilliwack Secondary Schools, and not far from Little Mountain School.

The argument was not that the shelter disappear, rather, the location close to schools is not ideal and a more suitable location be found.

There is a process from RAN to have a three year extension of the temporary use permit, however, a protest against the process has been active on social media and on the street. Some 3500 signatures have been collected via change.org.

The FVN story on those in opposition of the Portal can be found here. That demonstration happened Tuesday October 1.

Two days later on October 3, the public forum at RAN was held. That FVN story is here. Many of the same concerned neighbours attended. Four School Trustees were also there, Trustees Reichelt, Swankey, Mumford and Ferguson.

It was Trustee Darrell Furgason who initiated the special board meeting and that was live streamed to YouTube : RECOMMENDATION: That the Board of Education send a letter to Chilliwack City Council requesting that the City not extend The Portal for three additional years and asking that The Portal be relocated for the safety of Chilliwack students.

The motion failed 4-3 – Trustees Ferguson, Neufeld and Massh were in favour and against were Coulter, Mumford, Reichelt and Swanky. Swanky tried to have an amendment added that would bring in more involvement from PACS (Parents Advisory Committees). That hit a brick wall with concerns that it was worded as too much of a bureaucratic red herring. In the end, the argument was that the neighbourhood was in tough shape before the Portal opened last December and the Portal was not the direct cause of the problems faced in the area. Also, the argument arose (including a 5 five time out as the gallery was cleared) noting that while the school board has received their share of heat from parents, it is the City that will make the final decision on the Portal. That public hearing is Tuesday October 15 at 7 PM. No one disputes that such a shelter is needed. It went back to the argument of location. The old H Y Louie building was once again brought into discussion. No one mentioned anything about NIMBY and just who would allow a shelter in their neighbourhood although Trustee Neufeld suggested the Airport across the street from School Board Offices “to see if that would make other trustees and staff nervous.”

Maahs hammered home the point that the school board is responsible for children’s safety and comparisons were made with the letter sent to the city about safety over the twinning of the Trans Mountain Pipeline as it cuts through two school properties and rolls close to a third.

Bill Raddatz, Executive Director for RAN told FVN at last week’s information open house that the three year TUP Temporary Use Permit is not a slam dunk by any stretch.