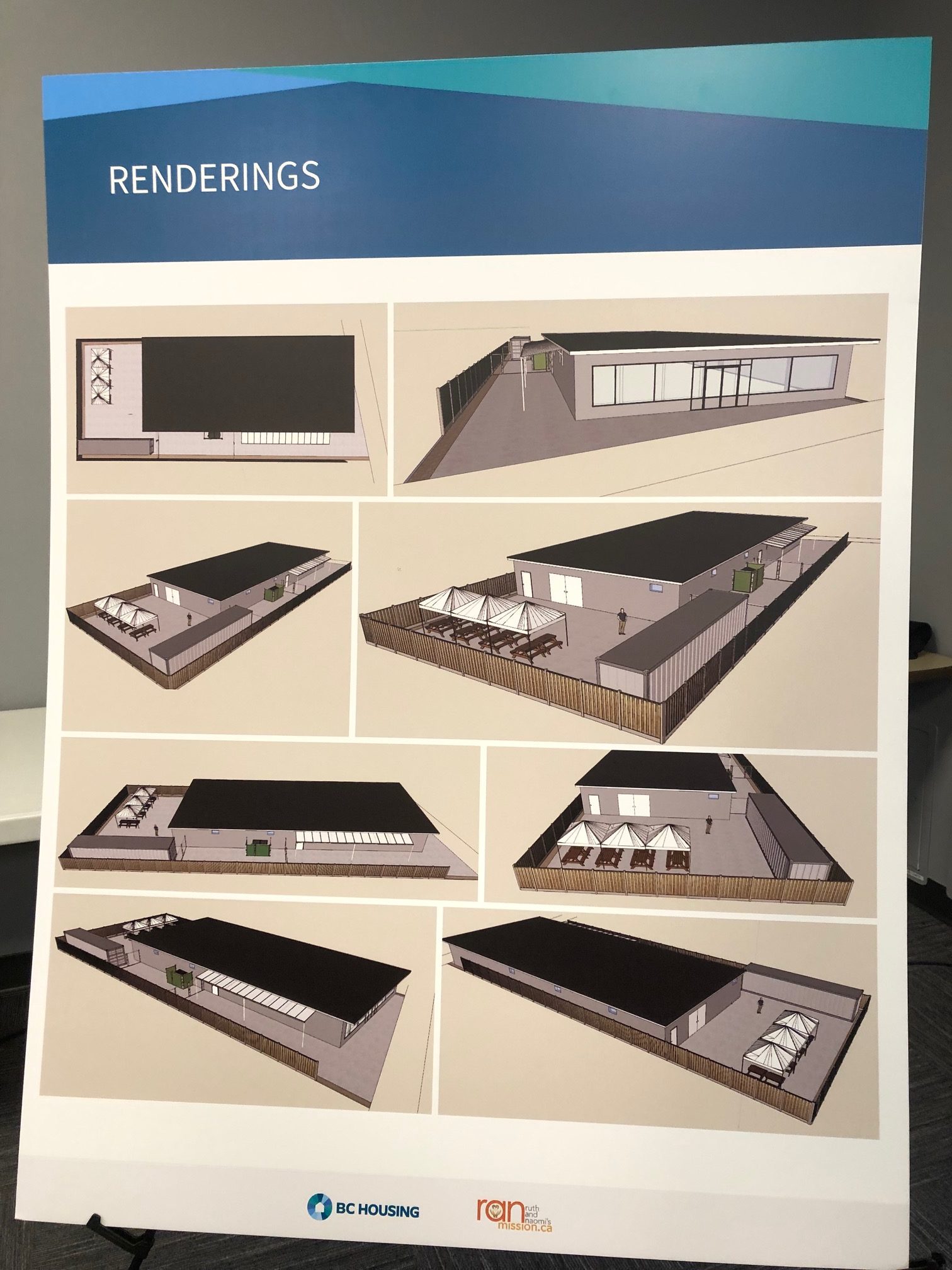 Chilliwack – RAN, Ruth and Naomi’s are asking the City of Chilliwack for a 3 tear extension for the temporary use permit for the Portal. That’s the former Lions Club Flea Market building, converted into a temporary shelter for the homeless. It opened in December 2018 and since then, neighbours have not been please. They complain ofcrime and open drug use/discarded needles ramping up. The Portal is with a short walk of Chilliwack Secondary and Chilliwack Middle Schools and an infamous 7-11 parking lot. Parents and protesters don’t argue the need for the shelter, but they have a major problem with the location.

Move it somewhere away from schools.

A small protest against the plan was held on Tuesday, and some of the same protesters showed up at RAN’s Princess Avenue Family Centre for the Public Forum. A few School trustees as well as two members of Griffin Security were present.

RAN Executive Director Bill Raddatz noted that this is the beginning of a process. They will collect information, and questions collected at the forum, and present that information is a public City Council meeting, expected on October 15.

From there, Raddatz would not speculate on what could happen after October 15. He told FVN that Council could put restrictions on the application. He also noted that the Good Community Neighbour Agreement was ad eared to.

Protesters says they have over 3500 names on a petition against the extension.