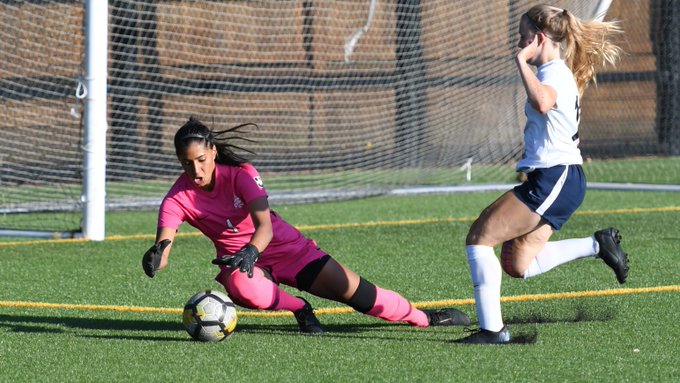 The Cascades got goals from a pair of rookies, Jenna Mele and Alanna Sydenham, and third-year keeper Joven Sandhu posted the clean sheet.

After opening their exhibition schedule with a loss at NCAA Div. I Eastern Washington, the Cascades have chalked up wins over the Idaho Vandals, Northwest University Eagles, Western Washington Vikings, and now the Clan.

They have two games remaining on their preseason slate: Thursday at home vs. the Concordia (Oregon) Cavaliers (8 p.m., MRC Sports Complex), and Saturday, Aug. 31 on the road vs. the Seattle Pacific Falcons (7 p.m.).

Mele opened the scoring in the first half, stepping up from her right back position to curl a shot from 30 yards inside the far post. Sydenham made it 2-0 in the second half, heading home Claudia Daboin’s corner at the back post.