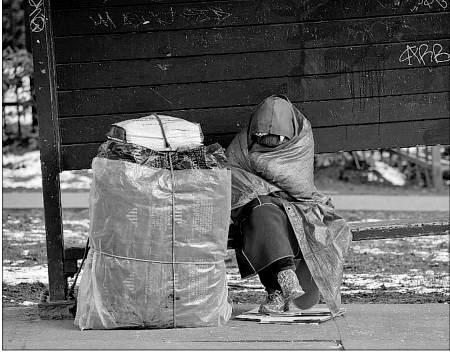 Surrey – The Surrey Homelessness and Housing Society has issued a $1M RFP Request for Proposals after the 2017 Metro Vancouver Homeless Count found the number of homeless in Surrey has risen by nearly 50 per cent to more than 600 residents since the 2014 count.
The $1 million call for proposals to organizations to develop innovative housing solutions in Surrey comes as the Society celebrates its 10th anniversary.
The 2017 Metro Vancouver Homeless Count found that the number of homeless in Surrey has gone up since the last count in 2014, rising 49 per cent to 602 this year. This is a notable increase from previous counts in Surrey that stayed relatively stagnant. In 2005 the count identified 392 people as homeless, 402 in 2008, 400 in 2011 and 403 in 2014. Those statistics align with people’s overall concern about homelessness in Surrey.
A recent survey by the Society found that 57 per cent of people are more concerned with homelessness than they were three years ago.
Heading in to 2018, the Society anticipates the opportunity to be the catalyst for several new housing projects currently in the pipeline.