The University of the Fraser Valley baseball club wrapped up its inaugural season with a run to the semifinals of the Canadian College Baseball Conference championship tournament in Kelowna on the weekend. 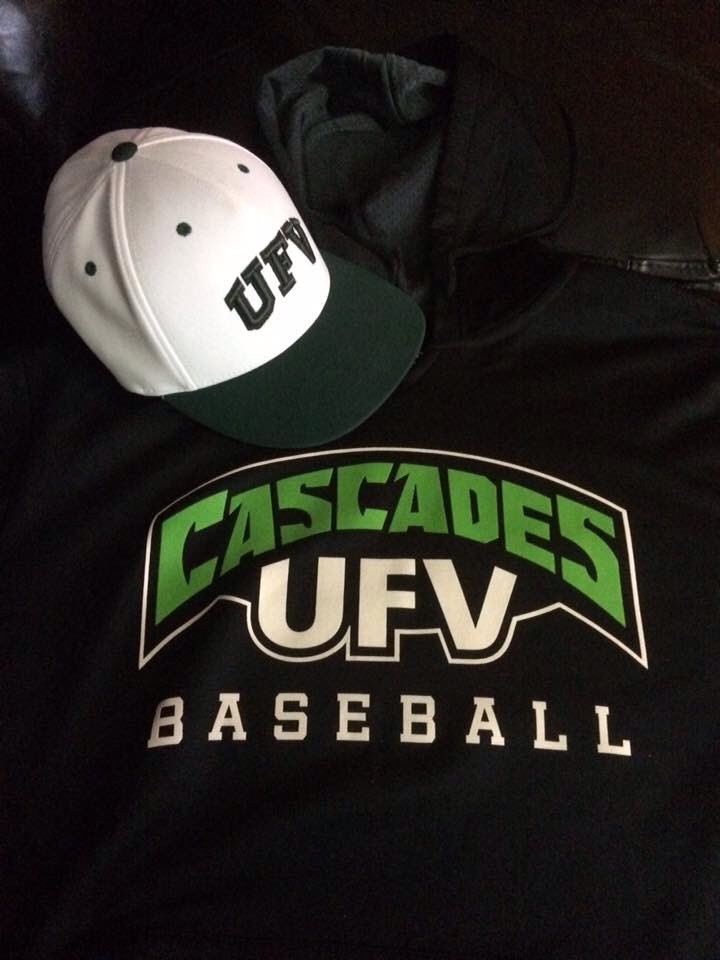 The Cascades opened the round-robin portion of the tourney on a sour note, surrendering 22 hits and committing four errors a 13-2 loss to Thompson Rivers on Wednesday afternoon. But they bounced back to win their next three games to punch their ticket to the semifinals.

In their second game of the day on Wednesday, UFV rallied from an early 6-0 deficit to edge the host Okanagan College Coyotes 8-7. Liam Campbell ignited the comeback with a solo home run in the bottom of the third inning and added two other RBI, Riley Jepson pounded out three hits, and starting pitcher Dylan Emmons settled down and went the distance with 10 strikeouts.

On Thursday, the Cascades got a walk-off win over the Calgary Dinos in the most literal sense of the term – Colin Kellington drew a bases-loaded walk to plate the decisive run in the bottom of the ninth, and UFV prevailed 6-5. Kellington also picked up the win on the mound, coming on in relief of starter Dan Rogers to get one out in the top of the ninth. Trevor Brammer went 4-for-4 at the plate, and Jepson and Campbell each had two RBI.

The UFV club wrapped up the round robin with a 9-6 win over the Vancouver Island Baseball Institute Mariners. First baseman Jepson (3-for-4, four RBI) once again sparked the offence, with support from Nick Laflamme (4-for-6, two RBI). Jeevan Hayre picked up the win, allowing four runs over 5 2/3 innings of work.

The Cascades found themselves in a four-way tie for first place after the round robin with TRU, Okanagan College and the six-time defending champion Prairie Baseball Academy Dawgs from Lethbridge, Alta. all posting matching 3-1 records. UFV ended up as the No. 4 seed for the semis based on the tiebreaker (runs allowed per inning), and they drew the dynastic Dawgs. PBA prevailed 6-0 behind an outstanding pitching performance from Tanner Jesson-Dalton, who limited the Cascades to four hits over nine innings, and they went on to win their seventh straight title by a score of 4-3 over Thompson Rivers.

“I think we proved to a lot of people and ourselves that we can play at this level,” said Cascades head coach Shawn Corness, reflecting on a 2017 campaign which saw the first-year UFV club post the second-best regular-season win percentage in the CCBC. “With preparation and with guys coming back with the right mindset, we’ll be ready to make a run at it next year. Nobody had experienced this level before, and experience always helps when you’re going into weeks like this championship.”

The CCBC all-star teams were announced last week, and three Cascades made the cut.

Jepson (Kamloops, B.C.) was a first team selection after finishing 10th in the CCBC batting race with a .351 average. He also notched two home runs and 17 RBI.