Abbotsford -MAY 11 UPDATE –  On Saturday, April 29, 2017 a Central Fraser Valley Search and Rescue team located a deceased male while conducting a grid search in the area close to the location where Earl Glen OLSON’s vehicle was found abandoned. The deceased male was transported from the area under the supervision of the Coroner and an Abbotsford Police Department Major Crime detective..

It has now been determined that the deceased male was Earl Glen OLSON. An autopsy has revealed that foul play was not involved in the death. Nonetheless, this is a tragic outcome for a missing person investigation that began just over a month ago.

The Abbotsford Police Department extends condolences to the family and friends of Earl OLSON.

APRIL 20 UPDATE – The Abbotsford Police Department investigation into the disappearance of 47-year-old Earl Glen OLSON is continuing. To date APD investigators have received some tips from the public but none have resulted in locating OLSON. His whereabouts are of great concern to his family and friends.

One particularly puzzling aspect of this investigation involves the discovery of Earl OLSON’s truck on Sumas Mountain on April 5, 2017. The vehicle was parked slightly off-road and pointed in the direction of returning from the mountain. The truck was secure but upon closer examination it was apparent that the battery had been removed. At this time it is unknown whether OLSON or someone else removed the battery. We are appealing to anyone who may have seen someone working on that 1995 green Dodge pickup truck or carrying a battery in the area of Sumas Mountain Park (see photos).

The last time Earl OLSON was observed in Abbotsford it was on March 22, 2017. Local businesses obtained images of OLSON on that date .

Anyone with information concerning Earl OLSON should contact the Abbotsford Police Department at 604-859-5225 or text us at 222973 (abbypd). 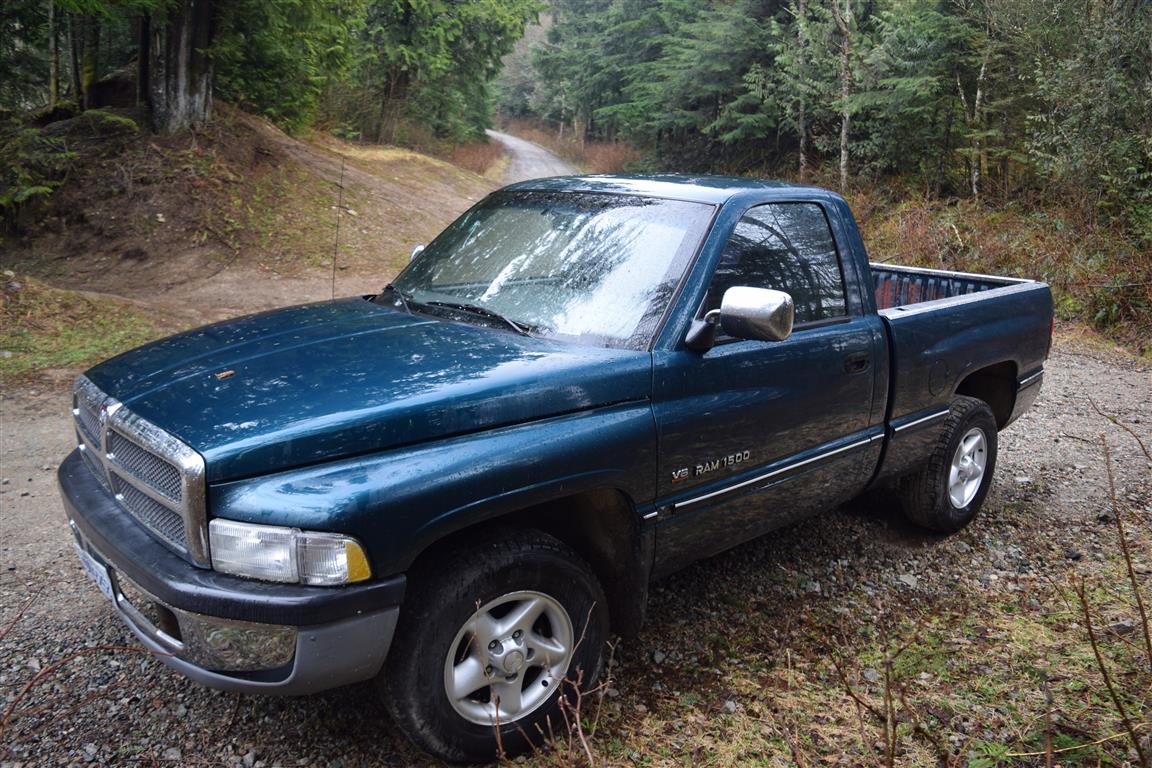 On April 05, 2017, Earl OLSON’s vehicle was located on a logging road on Sumas Mountain. A search in Sumas Mountain Park conducted by Abbotsford Police and Fraser Valley Search and Rescue were unable to locate any sign of Mr. OLSON.

ORIGINAL STORY – APRIL 6 – The Abbotsford Police are asking the public’s assistance in locating Mr. Earl OLSON (47 years old), the registered owner of a 1995 Green Dodge Ram 1500 series. Mr. OLSON’s vehicle was abandoned in Sumas Mountain Inter-Regional Park. Police are concerned that Mr. OLSON may not be prepared for the inclement cold weather and rough terrain of Sumas Mountain.

Abbotsford Police Patrol Officers and Central Fraser Valley Search and Rescue continue to search for Mr. Olson in Sumas Mountain Park and areas that he frequents.

We are asking Mr. Earl OLSON or anyone with information about Mr. Earl OLSON is asked to contact the Abbotsford Police Department at 604-859-5225 or text APD at 222973 (abbypd).