Abbotsford – The University of the Fraser Valley men’s basketball program has landed a commitment from hometown standout Kenan Hadzovic.

The 17-year-old also excels in the classroom – he maintains a 93 per cent academic average at Mouat, and was one of five finalists for valedictorian. He plans to study engineering at UFV.

“He represents what you want in a student-athlete,” Friesen said. “He’s talented, he’s team-first, and he gets the job done in the classroom.

“He’s obviously skilled on the court, but his mental toughness and athletic instincts are the elements that are going to help him continue to get better and have a really good career.”

Hadzovic joins 6’6” guard Harsimran Bhullar (Surrey-Panorama Ridge) in the Cascades’ Class of 2017, and his familiarity with the UFV program was a major factor in his decision to sign. Former Mouat head coach Trevor Pridie is an assistant coach with the Cascades, and Hadzovic’s former Hawks teammate Jordyn Sekhon – a B.C. 4A first team all-star in 2016 – is poised to make his debut this fall after a redshirt season. Hadzovic also played club basketball with UFV rising sophomore Riley Braich.

Hadzovic enjoyed a lot of team success at Mouat, joining forces with Sekhon to spark a fourth-place finish at the B.C. 4A high school championships in 2016 before stepping to the forefront as a senior to lead the Hawks to sixth place at 2017 provincials.

“This year, we only had two Grade 12s and everyone else was in Grade 11,” Hadzovic noted. “So I had to be more of a leader, and that was different from last year. I kind of took it upon myself to try and lead my team and be the guy people could look to.

“It’ll definitely be tougher (at the university level), I’m sure of that. But my goal is to play a solid five years of U SPORTS basketball, and help UFV keep climbing up the ranks. I know this team plays at a fast pace, and I find that fun. It’s a good fit. 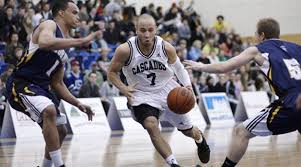