Chilliwack Search And Rescue Hit By Thieves, Again, AND Again!

Chilliwack – MAY 1 UPDATE – It happened again !

Chilliwack SAR and RCMP have revealed that Chilliwack SAR – Search and Rescue, were once again targeted by thieves.  On April 1, Chilliwack SAR volunteers reported that they were hit again was one of their vehicles was parked along the 52,000 block of Chilliwack Lake Road. They were involved in a training exercise when the theft happened.

Over the past year, SAR has been hit by six separate thefts.

If you have any information on this latest theft or the other heists, contact Chilliwack RCMP at 604 792 4611.

MARCH 7, 2017 UPDATE – Chilliwack Search and Rescue took to social media to again claim that they have been hit by more equipment thefts. It’s not sure if thee thefts were random or targeted directly against Chilliwack SAR.

Doug Fraser, Search Manager for Chilliwack SAR told FVN: The most recent theft happened this afternoon while this SAR member was at work. Thieves smashed the rear window of his vehicle to gain access. He lost all his gear except for his water gear. Coincidentally he was on a call on Monday afternoon on the Fraser River, so today his water gear was at home still drying out.

The earlier theft from 2 weeks ago, involved quite a determined effort to break into the lockbox that was inside the vehicle.
We’re at a point where some members no longer carry gear in their vehicles. This means that when the 911 call comes in they first have to drive home to get the gear they need. In theory this could add 30-60 minutes onto response time for those members.

If you have any information, you are asked to contact Chilliwack RCMP or SAR.

ORIGINAL STORY NOVEMBER 19, 2016 – For the second time within a month, a member of Chilliwack SAR Search and Rescue, has had life saving gear stolen from their own person vehicle.

This latest theft was earlier this week when volunteer Scot Sinclaire  woke up Thursday morning to find someone had stolen the equipment out of the back of his truck.

Some of the gear came of out his own pocket and no one knows who was behind this, although there are plenty of ideas, notably petty thieves in for a quick buck.

SAR Manager Doug Fraser says “There is no way around this theft, the gear has to be replaced which is a challenge for a charitable organization that doesn’t have “loads of cash” to spend.”  and add to that “One of our members in training lost a significant amount of gear out of her vehicle, just a few weeks ago”.

On average, Chilliwack SAR goes out on about 80 calls each year, and this loss simply impedes their job to serve and protect those who need their help. 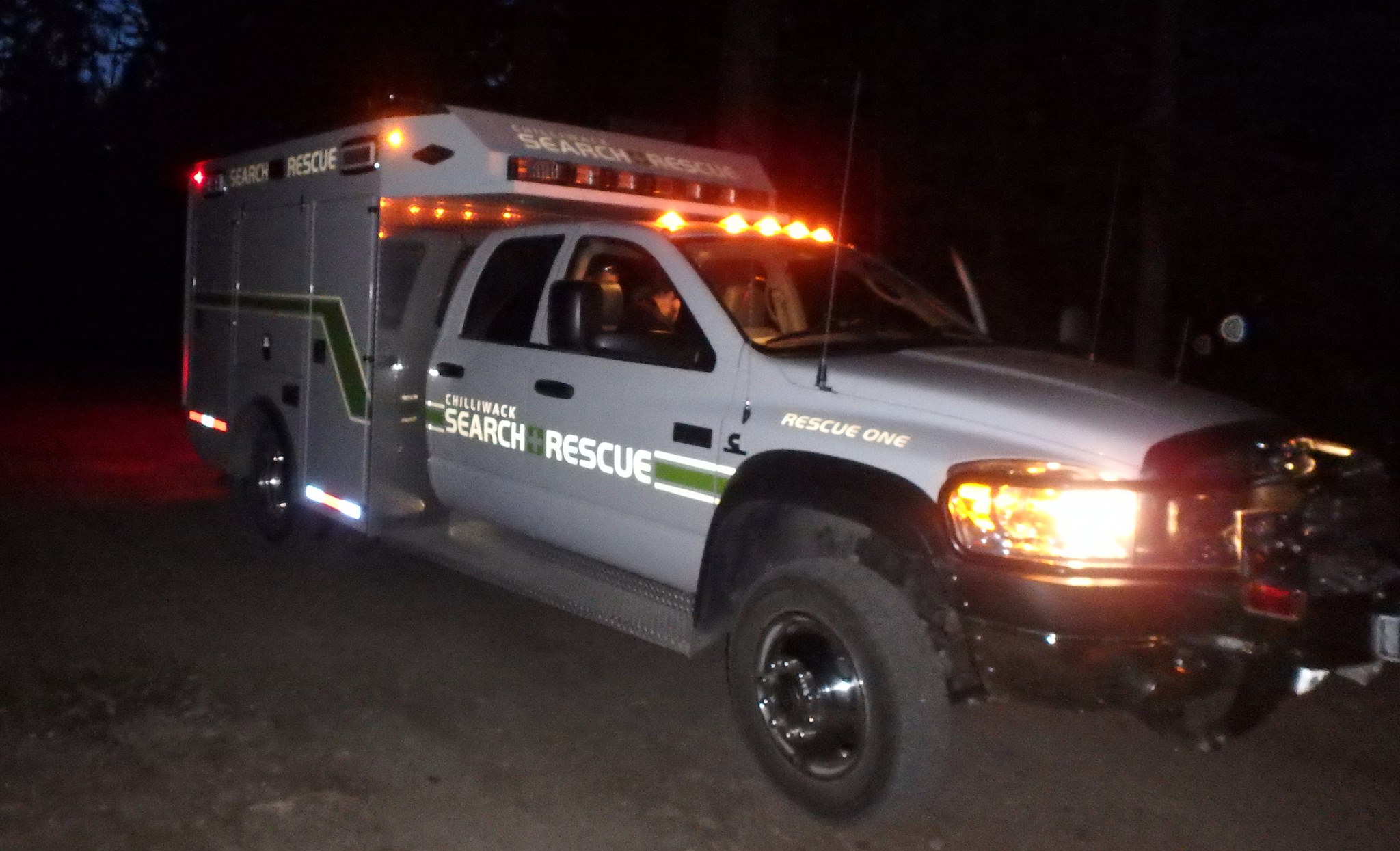