Sardis Secondary Football Field To Be Named After Rick Klassen 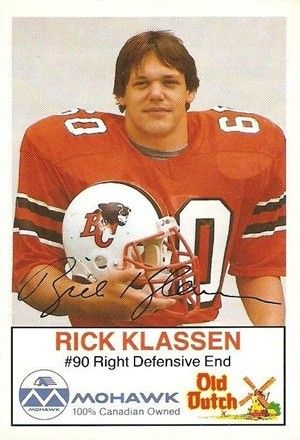 Sardis – Former BC Lions and Sardis Falcons football great Rick Klassen, will be immortalized at his high school home turf.

Klassen’s name will grace the field. In a unanimous vote (David Swankey abstained) Chilliwack School Board Trustees had no problems with the re-name.

The vote came at the regular Tuesday Board meeting.

The name change takes effect in the fall.

In 2003, Klassen was voted a member of the B.C. Lions All-Time Dream Team, at defensive tackle, as part of the team’s 50th season anniversary celebration. On July 19, 2007, he was inducted onto B.C. Lions Wall of Fame at BC Place Stadium as a part of the 1985 Grey Cup championship team.