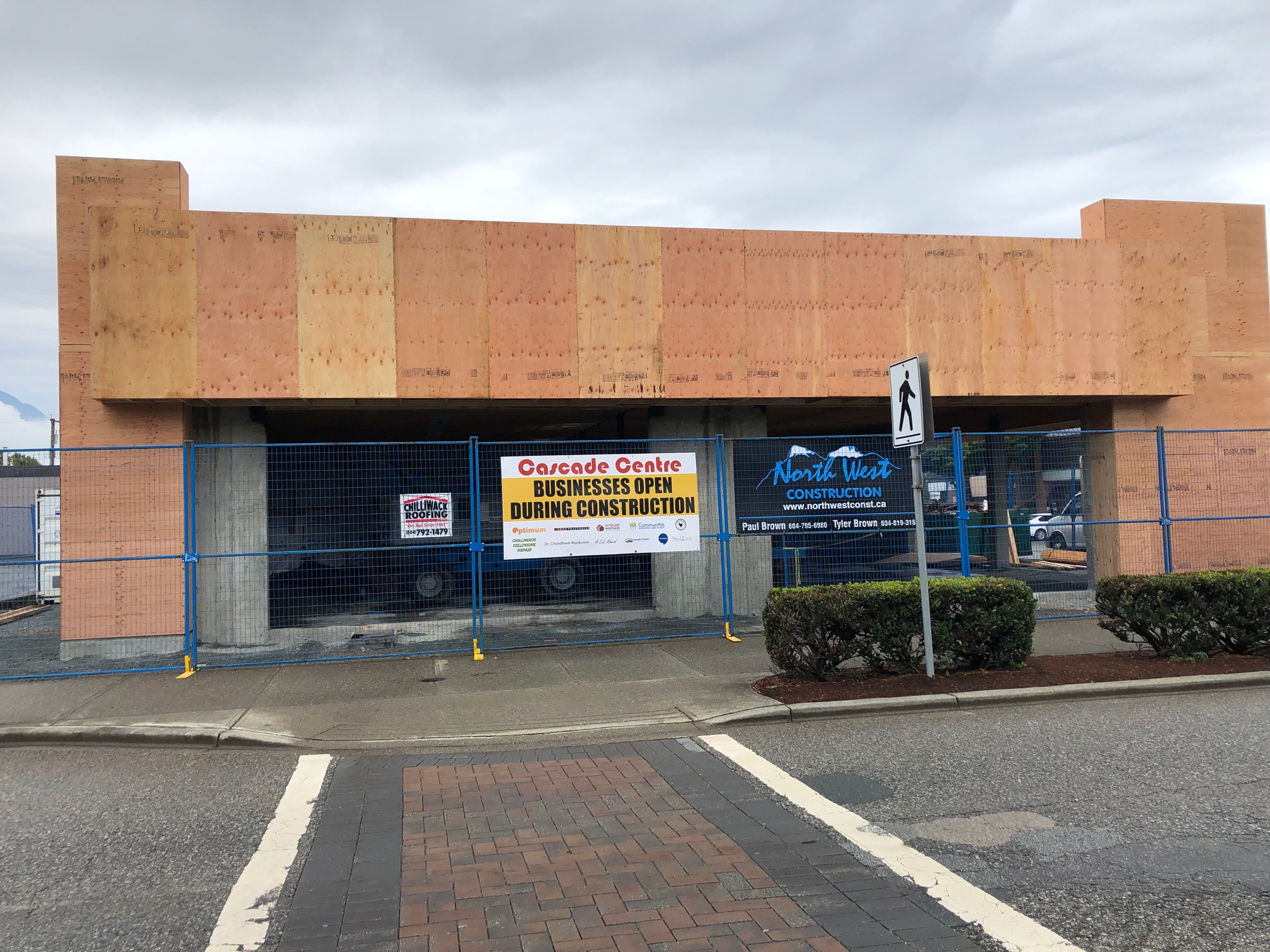 Chilliwack – Just after 8AM on a lazy Sunday June (2018) morning in Downtown Chilliwack, as the Classic Cars are being parked for the annual Fortins Car Show, Chilliwack Fire Crews responded to Banners Restaurant on Yale, for a serious blaze.

The fire, deemed accidental, engulfed the restaurant as first staff then fire crews tried their best to control the damage.

The original FVN story is here.

Charm Allanson who manages Cascade Vitamins next door heaped praise on firefighters for saving that business and others in the mini strip mall.

One year later, and reconstruction of the restaurant is proceeding at a rapid pace, with walls starting to close in.

FVN has reached out to the owners of Banners, asking the big question. Will Banners be open later this year or in 2020? Shortly after the fire, a social media statement was release stating that they would make a comeback.

Banners was, and the franchises remains a favorite for seniors.