2019 First Half Illicit Drug Deaths Show Decline Throughout BC, Valley 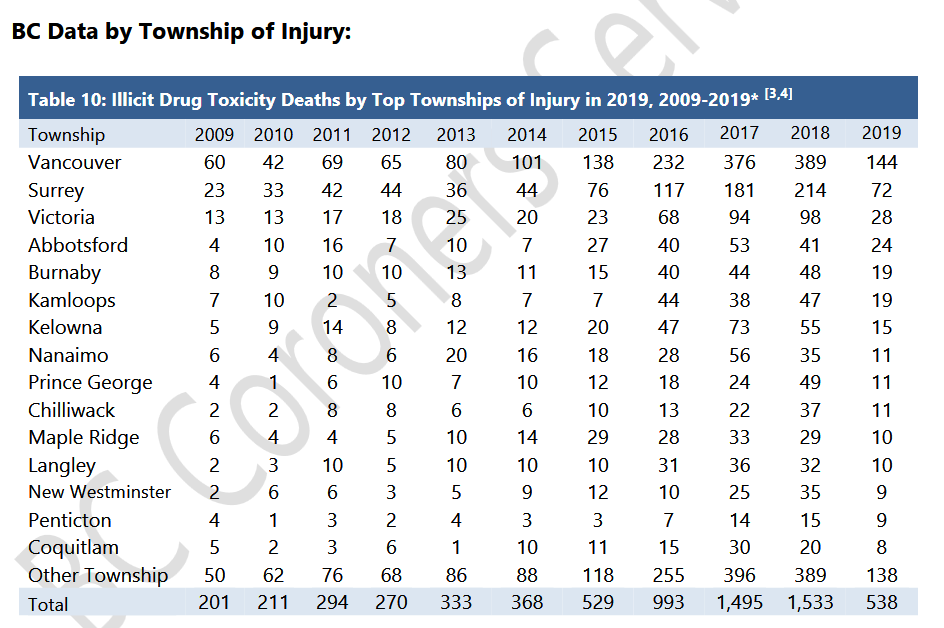 Fraser Valley/Victoria – The BC Coroners Service has published updated reports on illicit drug toxicity deaths and fentanyl-detected drug deaths to the end of June 2019.

When looking at Abbotsford and Chilliwack numbers, the projected year end numbers appear to reflect a correlating drop.

Key preliminary findings of these drug death reports are below. Data are subject to change: