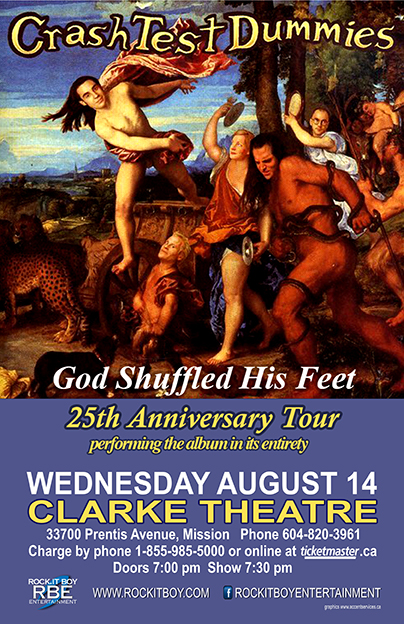 After touring the world for their last album eight years ago, CRASH TEST DUMMIES agreed they were done.   “Everyone was ready to move on in their lives.”   Recently, however, Brad Roberts has penned some of his most provocative lyrics ever. “I sat down one night after having written nothing in literally years, and out came a verse–of sorts. I was rusty! But I stuck with it for a few more days, until I managed to make it to say what I wanted to say.  Things grew organically from there. And here we are again!”