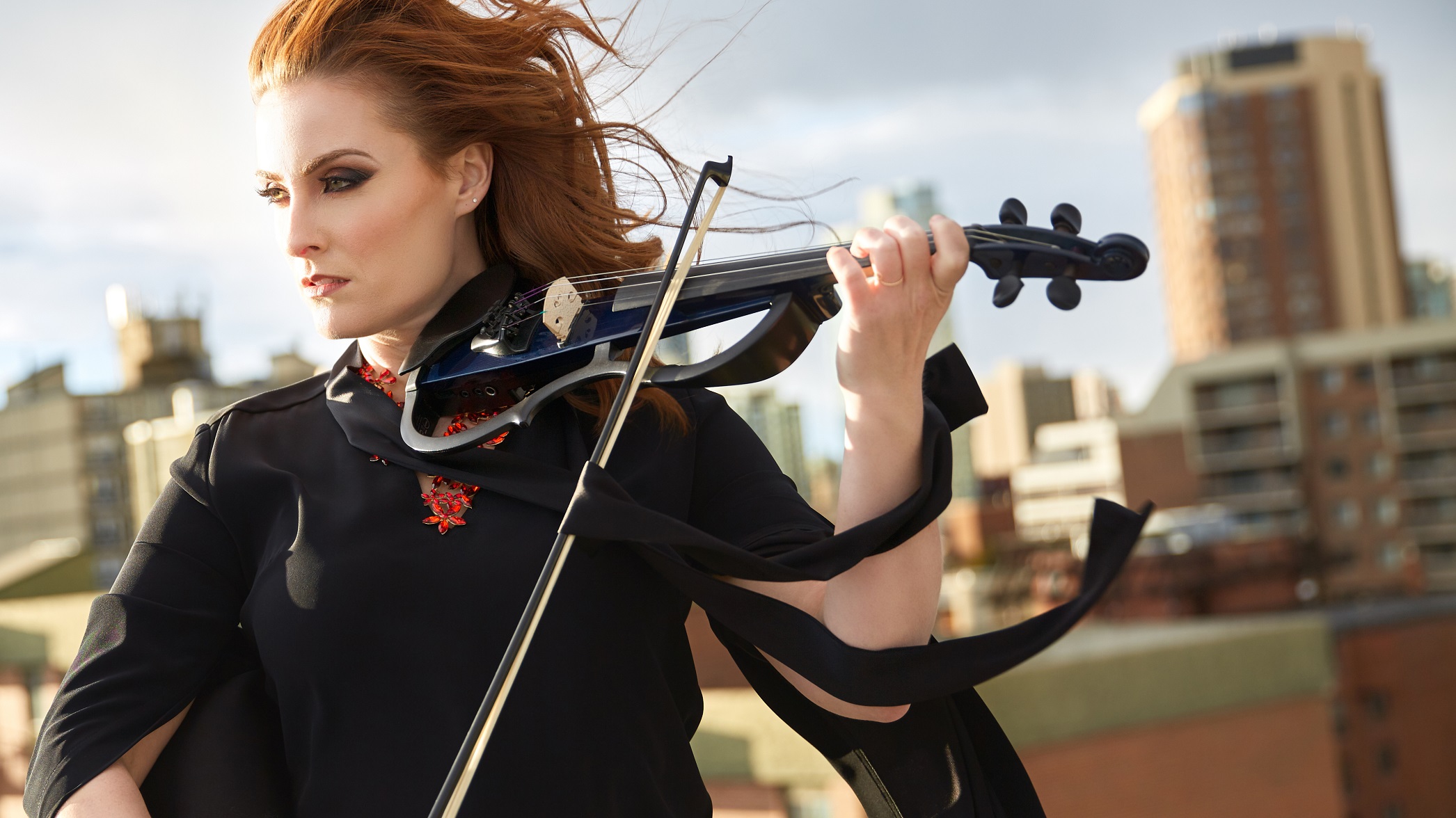 Langley Township – Born in London, raised in Australia, and based in Canada, world beat solo violinist Sophie Armstrong has performed all over the globe, and on August 1, she will bring her mix of influences, cultures, and genres to the Summer Festival Series stage.

Raised in a family of classical musicians, Armstrong rebelled by starting her music career in heavy metal. After receiving her Bachelor of Music Performance degree with a major in violin from the Sydney Conservatorium, Sophie performed in cities in the middle east and Europe, worked with a variety of artists, played for royalty and dignitaries around the world, and explored theatrical performance, dance, pop, middle eastern, and modern classical music.

Since relocating to Canada in 2011, she has continued to write songs, win awards and accolades, and collaborate, joining Mark Masri as a special guest on his PBS special and live CD. The mother of three released a compilation of lullabies called Kissed by the Moon in 2015, and the album The Journey in 2016.

Armstrong’s travels and experiences have resulted in her own world beat sound, a passionate and fearless mix of classical, rock, and pop, which audiences can experience live at 7:00pm, August 1, at the Willoughby Community Park Amphitheatre. Located next to the Langley Events Centre in the 7700 Block of 202A Street, the tiered grass outdoor venue is showcasing local and international talent until the end of August, as part of the Township of Langley’s Summer Festival Series.

Free, family-friendly performances in a variety of genres will be held every Thursday at 7:00pm, unless otherwise noted. For more information on the Summer Festival Series and a list of upcoming performances, visit tol.ca/summerfest.

Those who want a taste of Armstrong’s music before hearing her in person can visit sophiearmstrong.ca or her Youtube channel at youtube.com/SophieArmstrongMusic.