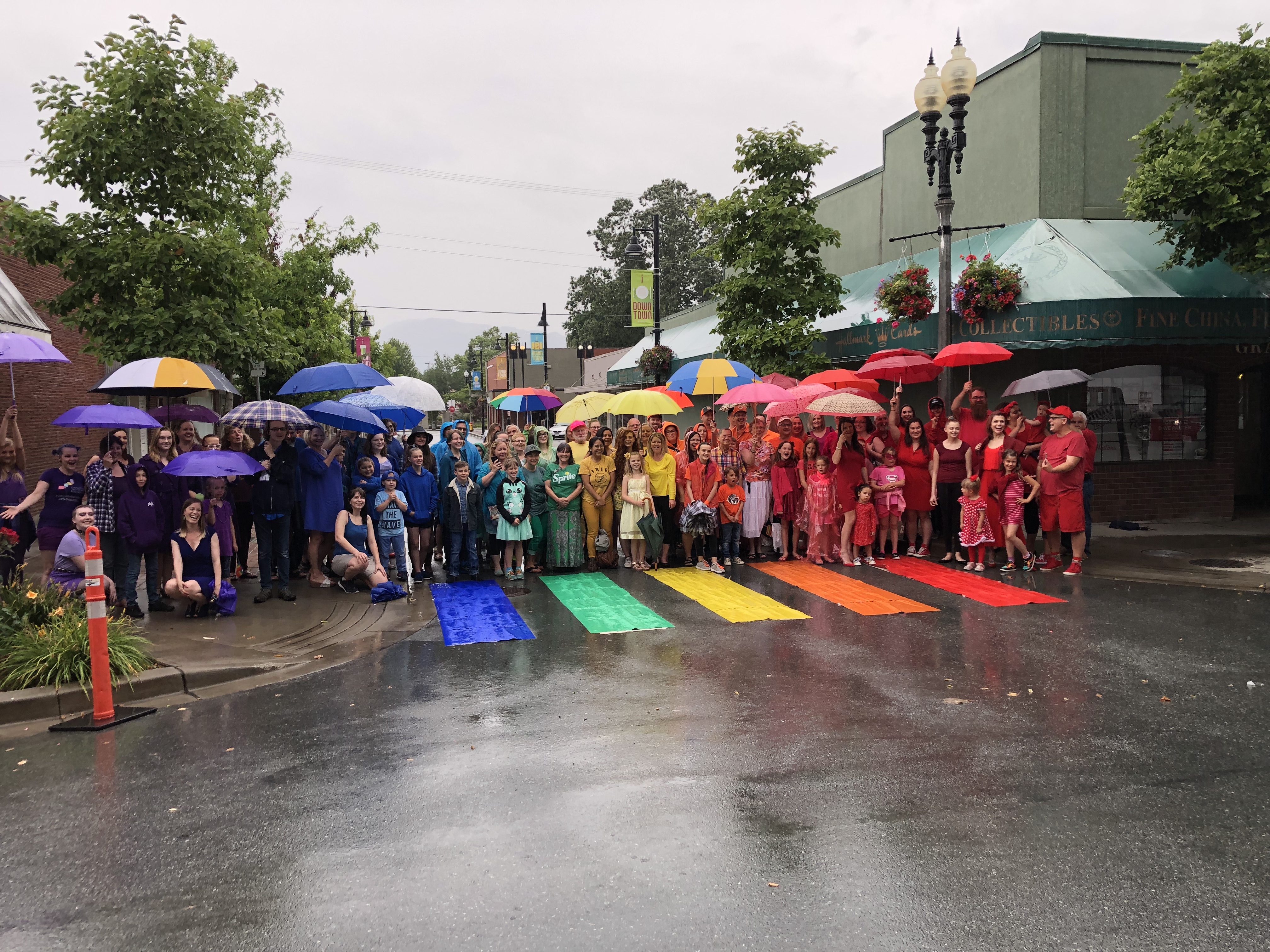 Chilliwack – Recent rainbow crosswalks in a number of BC communities have been vandalized, while the struggle for LGBTQ2 inclusion continues.

A Facebook awareness group called Rainbow Crosswalk Photo Shoot met at the crosswalk at Mill Street & Wellington Avenue on Tuesday July 9. A fundraising and awareness preview was at Party in the Park last Friday.

This was a concept photography session showing what a rainbow crosswalk would look like, surrounded by people who support the idea. Some 100 supporters were there although no politicians showed up, Fortunately no one from any anti LGBTQ or anti-SOGI groups showed up as the rain came down, but did not damper the party like atmosphere .

Right now the crosswalk at Mill Street & Wellington Avenue looks like this:

And this is the concept. Organizers are hoping City Council will take note. A formal presentation is in the works.