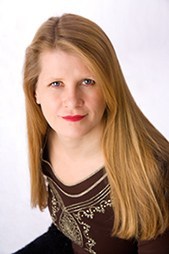 Halifax (Glynis Sherwood) – Relationship trauma may afflict individuals who have been harmed by physical, sexual, and/or emotional abuse within a close relationship.  This can be particularly devastating if the abuse occurs in childhood at the hands of caregivers, potentially leading to the development of Complex PTSD.  C-PTSD is similar to PTSD in many respects, but tends to involve the overuse of emotion-focused coping, leading to overwhelm.

PTSD is triggered by discrete, limited catastrophic occurrences, such as natural disaster, a serious accident, a terrorist act, war/combat, life threatening illness, or violent personal assault. Often these are isolated events, but they can also be extended incidents, as in the case of combat trauma, or life threatening illness where traumatic stress is cumulative and compounding.

C-PTSD is caused by prolonged, repeated interpersonal or relationship trauma, where the individual has little or no chance of escape. This may include childhood narcissistic abuse and scapegoating, adult domestic violence, living in a war zone, being held prisoner, human trafficking and extended kidnapping.