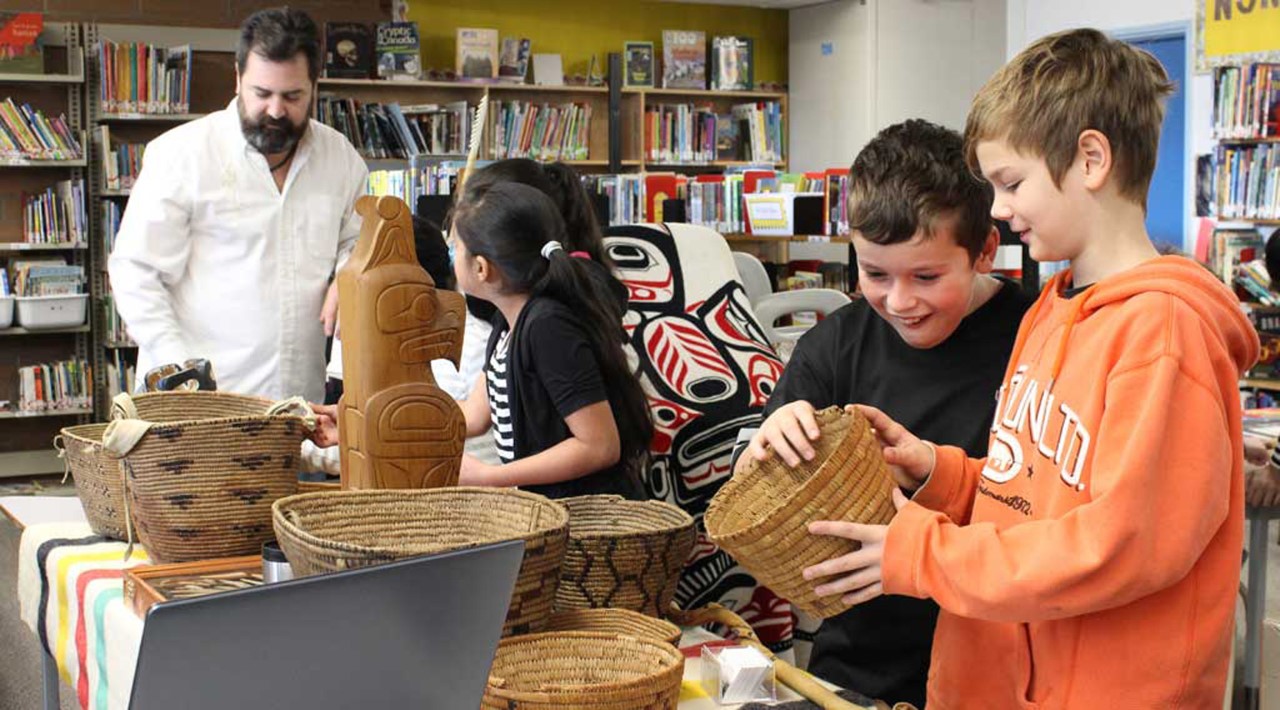 Langley – How many of us in British Columbia can say “hello” in the language of the people on whose traditional territory we live, work, and play?

You might find yourself expanding your vocabulary – and appreciation for the state of Indigenous languages spoken in BC – after visiting the Langley Centennial Museum to view the travelling exhibition called Our Living Languages: First Peoples’ Voices in BC.

A beautifully designed exhibition from the Royal BC Museum and First Peoples’ Cultural Council that celebrates the resilience and diversity of Indigenous languages in the face of change, Our Living Languages runs at the Museum, located at 9135 King Street in Fort Langley,  from June 13 to September 8. Everyone is welcome to attend an opening reception on Tuesday, June 18, from 6:30 – 8:00pm. Visit museum.tol.ca.

Languages, especially the languages people grow up with, are powerful and potent markers of identity and culture. BC, one of the planet’s most linguistically diverse regions, is known as a linguistic “hotspot” because of the diversity and vitality of the First Nations languages found here.

Through interactive stations, video, and audio, Our Living Languages provides visitors with the opportunity to learn more about the history of disrupted languages in BC, the complexity of these languages, and the people – and entire communities – that are working to document and revitalize 34 different languages to help them survive and flourish.

The original exhibition of the same name was developed in partnership with the First Peoples’ Cultural Council and is a permanent fixture on the third floor of the Royal BC Museum in Victoria.