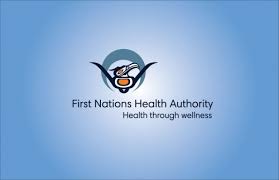 Coast Salish Territory/Fraser Valley (with files from CNW/First Nations Health Authority) – The number of First Nations lives lost to the opioid epidemic continued to rise last year even as the overall mortality rates in British Columbia show signs of dropping in Valley communities like Abbotsford. But that is not the case for Chilliwack. The BC Coroners recent numbers showed that overall trend.

The recent overall numbers in the FVN story can be found here.

In 2018, 193 First Nations men and women died of an overdose in the province, a 21 percent increase from a year earlier. Overall, First Nations accounted for 13 percent of overdose deaths, up from 11 percent in 2017.

Since the beginning of the state of emergency in 2016, First Nations have been over-represented in the statistics. Last year First Nations were 4.2 times more likely to die of an overdose than the rest of the population. In 2015, this figure was just 3.0.

“There’s a strong association between trauma and the propensity for a substance use disorder. Whether that be intergenerational trauma that has impacted families and communities and ultimately individuals, or if it’s the ongoing trauma of people’s lives” said Dr. Evan Adams, Chief Medical Officer of the First Nations Health Authority. “What alarms me the most is how the gap is widening.”

The data reveals how First Nations women are uniquely impacted. In 2018, 39% of all fatal overdoses for First Nations are among women, compared with a rate of 17% for non-First Nations deaths.

“Coroners gather significant valuable information about those dying from drug toxicity in the province and we share this information in support of meaningful prevention efforts,” said Chief Coroner Lisa Lapointe. “Our data tells us that, overall, substantially more men than women are dying as a result of illicit drug use; primarily due to fentanyl. Data specific to First Nations people tells a different story. In the First Nations population, women are significantly over-represented, demonstrating a far more significant impact of the overdose crisis on this specific group. Information like this supports important evidence-based prevention efforts.”

Community-driven responses to the crisis have been effective in increasing education and services within BC First Nation communities. However, the latest numbers indicate that First Nations living in cities may not be accessing health services to the degree that other people in BC are.

This points to a need for greater cultural safety and humility in health services. There are many barriers to treatment for Indigenous people including underlying systemic racism and experiences of stigma among people who consume alcohol and other substances.