The Minister of Agriculture’s advisory committee has released its consultation paper on revitalizing the ALR and ALC, and is seeking opinions and feedback. The paper and an online survey for public feedback focus on collecting British Columbians’ opinions and views on 10 common themes:

Stakeholders and British Columbians can participate in the public engagement online or contribute feedback through email and mail submissions. For more information, please visit: http://engage.gov.bc.ca/agriculturallandreserve

JANUARY 4 ORIGINAL STORY – An independent committee with members from diverse agricultural backgrounds and experiences will lead the revitalization of the Agricultural Land Reserve (ALR) and the Agricultural Land Commission (ALC) through an authentic and meaningful consultation process with stakeholders and British Columbians.

The Minister of Agriculture Lana Popham made the announcement on Thursday.

Chilliwack Farmer, Realtor and City Councilor Chris Kloot will sit on this committee. Mr. Kloot spoke with FVN’s Don Lehn about his duties:

The nine-member Minister of Agriculture’s Advisory Committee will provide strategic advice, policy guidance, and recommendations on how to help revitalize the ALR and ALC to ensure the provincial goals of preserving agricultural land and encouraging farming and ranching in British Columbia continue to be a priority. The committee will be chaired by Jennifer Dyson, with members from throughout the province with diverse agricultural knowledge and experience.

Beginning in early 2018, the committee will:

The committee will use the input it receives during the consultation process to develop recommendations for the provincial government’s consideration. The recommendations may include changes to the current legislative, regulatory, and administrative framework to revitalize the ALR and the ALC. Any legislative changes that support the revitalization of the commission and the reserve are targeted for late 2018 or early 2019.

Jennifer Dyson has been involved in many aspects of agriculture; as a producer, consultant, chair, commissioner and industry member. Dyson has participated in the Partnership Committee on Agriculture and the Environment, Environmental Farm Plan Working Group, and Island Agri-Food Initiative. She was appointed to the Agricultural Land Commission in 2008 and served as chair of the Island Panel until 2017. Dyson served the agriculture industry, province and federal government as the executive director of the Agricultural Workforce Policy Board formed to respond to human resources challenges. Dyson was one of a handful of people who formed the Island Farmers Alliance and served as the Western Women’s representative appointed by the BC Agriculture Council to the Canadian Federation of Agriculture. Dyson and her family operate an innovative water buffalo dairy and direct farm market in the Alberni Valley.

Victoria Huntington is a native of Vancouver and has a degree in political science. She spent much of her early career in the RCMP security service and subsequently working with ministers of the Crown in Ottawa. She served five terms as an elected councillor in the municipality of Delta. Huntington was elected as an Independent MLA for Delta South in May 2009 and re-elected in May 2013. She was the first Independent elected to the B.C. legislature in over 60 years and her re-election as an Independent is a first in modern B.C. political history. She recently retired in 2017. Huntington served as band manager for the Gitanmaax Indian Reserve in Hazelton, subsequently becoming a policy assistant to the federal Minister of Indian Affairs and Northern Development. She was vice-chair of the Lower Mainland Treaty Advisory Committee (LMTAC) and its representative on the Provincial Treaty Negotiating Team. Huntington has shown a particular interest in environmental and agricultural matters.

Louis has over 25 years of knowledge and experience, at various levels of the political spectrum. First, elected to Council in 1991, then designated as chair of the Okanagan Nation Fisheries Commission in 1995 and as a title and rights advisor at the Tribal Council and regional level, and political liaison designate with U.S.-based tribal, public and private utilities (hydro-electric generation) and state and federal authorities. Over the course of his career, he has served in various facets of political office involving natural resource management, economic development, public works, community planning, liaison and strategic development and negotiation with various levels of senior government and the private sector. Louis continues to work extensively on First Nations social and economic issues and interests and is currently serving his fourth term as Chief of the Okanagan Indian Band. In 2015, he took on the role of director with the New Relationship Trust, an independent non-profit organization dedicated to strengthening First Nations in B.C. through capacity building.

Lenore Newman holds a Canada Research chair in food security and environment at the University of the Fraser Valley, where she is an associate professor in the department of geography and the environment and the director of the Centre for Food and Farmland Innovation. She runs a research program focused on farmland preservation, agriculture on the rural/urban fringe, culinary development, and food innovation, and consults widely on how to protect the world’s farmland while growing the agricultural industry. Her opinion pieces on the future of farmland use and other food-related issues have been published in the Globe and Mail, the Vancouver Sun, and the Georgia Straight, and her first book, Speaking in Cod Tongues: A Canadian Culinary Journey, was published in 2017. She holds a PhD in environmental studies from York University. Newman is a member of the Royal Society of Canada’s New College, and the patron of the Newman Heritage Farm. She splits her time between Vancouver and the Sunshine Coast. 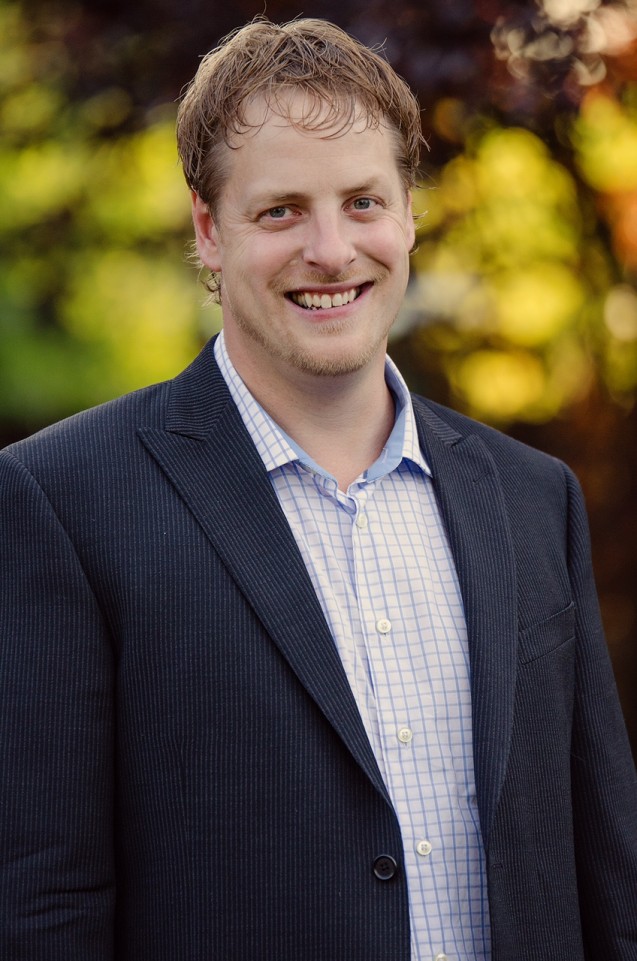 Chris Kloot was born and raised on a dairy farm in Chilliwack. Today, together with his wife and sons, he owns and operates a poultry farm in Rosedale, just east of Chilliwack. Recently, the pair became partners in the purchase of a vacant dairy farm with the intent to branch into dairy farming as well, as all three of their sons work on dairy farms and display a natural affinity for the industry. Additionally, Kloot is also a real estate agent, and is serving his first term on Chilliwack city council. His tremendous passion for agriculture has been recognized by the council. Kloot is the chair of the city’s Agricultural and Rural Advisory Committee and was instrumental in the implementation of the Farm Home Plate bylaw in 2017. He is a member of the Chilliwack Agricultural Commission and devoted to the promotion and success of agriculture and agri-business in Chilliwack. You may also recognize him as one of the lead roles in the flashy humorous action trailer of the “Chicken Squad”, a savvy innovative online marketing campaign to promote B.C. chicken and share accurate facts to educate consumers about Canadian chicken-growing practices. This was produced together in 2014 by the BC Chicken Marketing Board and BC Chicken Growers Association.

Shaundehl Runka has worked in land-use planning and resource management in British Columbia since the early 1990s. With a background in geography, Runka operated as a consultant dealing with a broad range of land- and water-use issues, across all regions of the province. In 2001, Runka joined the Agricultural Land Commission (ALC) as a policy analyst, ending her career there in early 2017 in the policy planner position. Runka gained extensive experience interpreting the Agricultural Land Commission Act, regulation and policies and in working with Agricultural Land Reserve (ALR) stakeholders throughout the province on a day-to-day basis. During her tenure at the ALC, she participated in legislative and regulatory reviews and carried out an extensive re-write of ALC policies to reflect government direction and the commission mandate. Runka was raised in in the Okanagan Valley, has lived in Vancouver for 30 years and is co-owner of a family farm in Baldonnel in the Peace region. Her professional life has taken her to all regions of the province.

Irmi Critcher and her husband Barry own and operate a first generation grain and oilseed farm. The 1,600 hectare farm is located near Taylor, in the Peace River District. Critcher has always taken a very active role on the farm and jointly manages it with her husband. They have been farming for over 25 years and grow wheat, barley, oats, canola, peas and grass seeds. Critcher has been the past president of the BC Grain Producer’s Association and has had directors positions on provincial and federal agriculture Industry boards, including the BC Grain Industry Development Council, Investment Ag Foundation and Grain Growers of Canada. She has chaired numerous committees within these associations including Localized Crop Research, Environment and Climate Action Initiatives.

Arzeena Hamir is a farmer and agronomist from the Comox Valley. She earned her bachelor’s degree in crop science from the University of Guelph and her master’s degree in sustainable agriculture from the University of London, England. In 2007, she spoke at her first city council meeting to save the Garden City Lands in Richmond. Since then, she has advocated for community food security, farmland conservation and supports for new farmers. She is currently president of the Mid Island Farmers Institute and a director of the Investment Agriculture Foundation.

Brian Underhill worked in varying capacities  at the Agricultural Land Commission (ALC) since 1980 and most recently, he was the ALC’s deputy chief executive officer, before retiring in 2015. In his leadership role Underhill was responsible for the management and administration of the ALC staff secretariat, which included functions related to land-use planning and policy development and interpretation, as well as compliance and enforcement and land information services. Underhill worked closely with the chair of the ALC and its appointed commissioners, providing strategic advice and recommended courses of action. He also performed statutory land-use decision-making duties, consultation and co-ordination with local governments throughout the province and collaboration with provincial movernment ministries, agencies and other administrative tribunals to ensure consistency between policies and legislation and community and regional planning and the Agricultural Land Commission Act and regulations. By way of his experience at the Agricultural Land Commission, his background in geography and resource management studies and extensive travel throughout the province, Underhill has developed considerable knowledge of land-use issues in relation to community planning and the agriculture industry. Underhill resides in Vancouver and has a special interest in promoting education and awareness of farmland protection and how it is related to the provincial policy to preserve agricultural land and encourage farming throughout British Columbia.

PrevPreviousB.C. School Trustee Association Moves February 5 Meeting – Concerns Over Neufeld Controversy
NextHow BC Will Dispense Pot, Driving Laws And Where You Can Light UpNext
On Key