Abbotsford -JANUARY 11 UPDATE –  Abbotsford Police have arrested a 16 year old youth in relation to this incident which occurred in the Auguston area on January 4th, 2018. The investigation has shown that this was not a random attack; the suspect and victim were known to each other.

JANUARY 8 ORIGINAL STORY – Abbotsford Police need your help as they investigate an an attempted robbery at knife point that occurred in the community of Auguston.

Last Thursday evening (7PM, January 4th) , a 17-year-old girl was walking near the corner of Blauson Boulevard and Auguston Parkway when a figure emerged from the bushes, threatened her with a knife, and demanded money.

At this time a man, who was walking his dog nearby, noticed what was happening and interrupted the robbery.

The suspect fled on foot. The victim was not seriously injured.

The suspect is described as a male, slender build and wearing dark clothing.

Police are looking to identify and speak with the man who intervened. 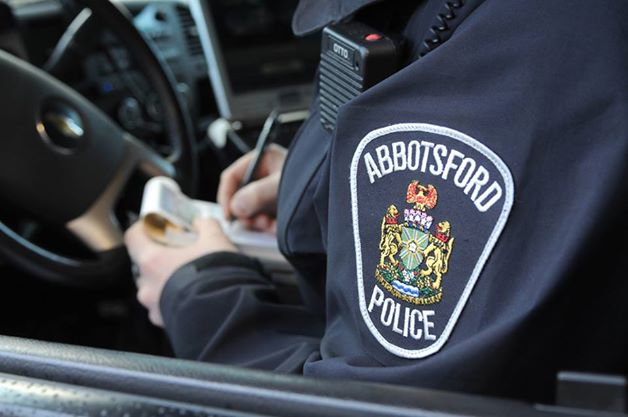