An investigation was launched after a spike in fatal drug overdoses occurred in late October of this year, including five suspected overdose deaths in one day.  The DEU targeted high-level drug trafficking rings which supply fentanyl and other drugs to local dealers.

On November 23, 2017, officers executed search warrants on a residence, storage lockers and three vehicles, where $46,000 in cash, weapons, drugs and other evidence consistent with drug trafficking was seized.

Approximately two kilograms of drugs were seized, including quantities of fentanyl, methamphetamine, cocaine, marihuana and MDMA (Ecstacy), as well as six kilograms of precursors used in the production of methamphetamine and MDMA.  Lab analysis has confirmed the presence of carfentanil (an opioid 100 times more potent than fentanyl) in some of the drugs seized, and that quantities of the cocaine had been contaminated with fentanyl.

Charges laid include possession for the purpose of trafficking (“PPT”) in fentanyl, cocaine, MDMA and methamphetamine, and various weapons-related offences.

The five arrested during this investigation are:

·         Brian Vincent MACDONALD, 53 years old, charged with eight counts of PPT. MACDONALD is known to the Abbotsford Police and has an extensive criminal history.  MACDONALD has five previous convictions for PPT, most recently in 2015.

·         One female and one male were released, with charges currently pending. 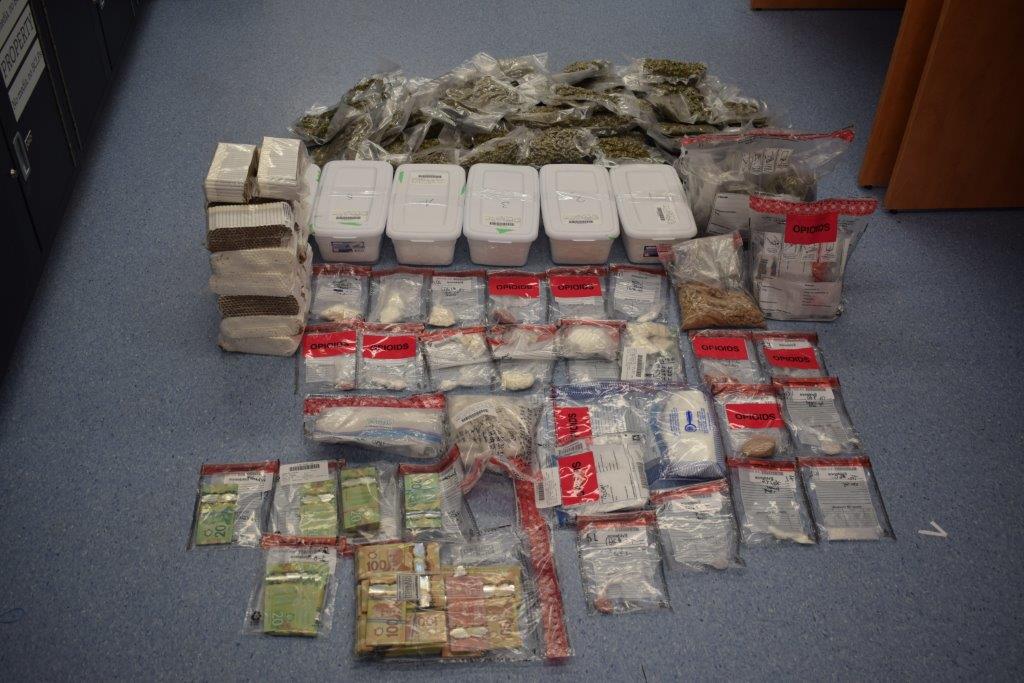