DriveSmart BC – Headlight Systems Can Be Complex To Police

In my time as a driver I’ve seen headlight technology progress from tungsten filament glass sealed beams to quartz halogen, high intensity discharge and now LED and even laser. There is more light on the road today from the driver’s point of view than there has ever been. While that can be a good thing if all that light is coming from your vehicle, it might not be so great if you are the one facing it. 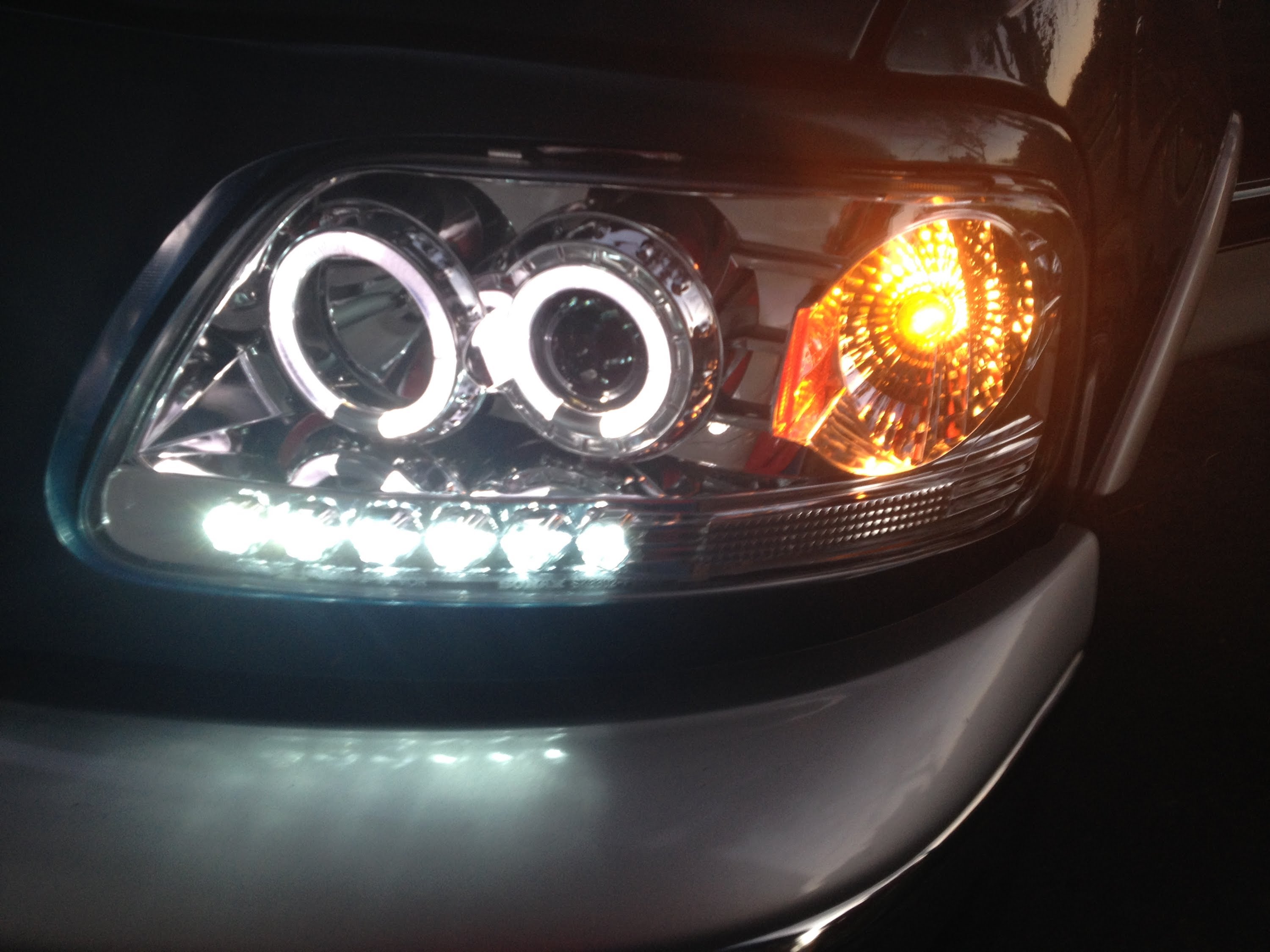 Way back when, sealed beams tended to be dimmer and more yellowish. They were not that bright in comparison to modern systems but a driver failing to dim them was more nuisance than hazard. It was also easy to overdrive their illumination.

Quartz halogen introduced a brighter, whiter light with a filament that would last longer too. Initially, they came in a sealed beam but progressed to a housing with a replaceable bulb.

The light that they emitted was more controlled and often had an obvious pattern. They could throw more light down the road on low beam and increase your margin of safety.

High intensity discharge (HID) lamps replace the tungsten filament with a tube of gas that glowed brightly when high voltage electricity was passed through it. These were efficient and could emit a lot of light in the visible part of the spectrum in comparison to filament bulbs.

HID does have drawbacks, emitting light that tends to be bluer which we may see as producing more glare. As they age, the light emitted tends to be even more blue.

LED is efficient and can be mechanically or digitally controlled to direct light where it is needed and changes can occur in milliseconds.

Laser headlights (currently high beam only) direct laser light onto a phosphor that then glows and is emitted by the headlight.

In North America the Society of Automotive Engineers sets the standards for vehicle lighting. The federal government incorporates these standards into the Motor Vehicle Safety Act and Regulations to control how the vehicles on our highways are built. British Columbia enacts provincial legislation to insure that lighting systems continue to be used and maintained to these standards.

Policing these rules can be complex. The tungsten sealed beam system was simple and from a policing point of view it was pretty much a working / not working determination.

Replaceable tungsten halogen bulbs started the requirement for police and facility vehicle inspectors to have more detailed knowledge. Over wattage bulbs, tinted lenses, or their replacement with either HID or LED assemblies that fit but were not designed to allow the housings that contained them to distribute their light properly became a common nuisance.

It is now simple to purchase all manner of lighting on line that is marked to masquerade as meeting standards or is not marked, much less meeting any standard at all.

There is no guarantee that any of these items will produce the proper light that you need to see with or won’t be dangerous for other drivers that you share the road with.

To counter this, the Ministry of Transportation and Infrastructure publishes an inspection and approval protocol for vehicle lighting. *** Link: http://www.th.gov.bc.ca/CVSE/vehicle_inspections/PDF/2009_Vehicle_Lighting_Protocol.pdf *** While this may be practical to use in a designated inspection facility it does serve to help police at the roadside determine that problems may exist. When there is a valid suspicion the most effective policing tool may be to order the vehicle to a designated inspection facility for closer scrutiny.

PrevPreviousDriveSmart BC – Pedestrians vs Drivers
NextNew Funeral Service Based Anti-Drug Campaign – Will It Really Make A Difference?Next
On Key