Abbotsford/Kelowna/Victoria-  BC Transit is introducing an enhancement to its transit safety system by launching a full driver door. 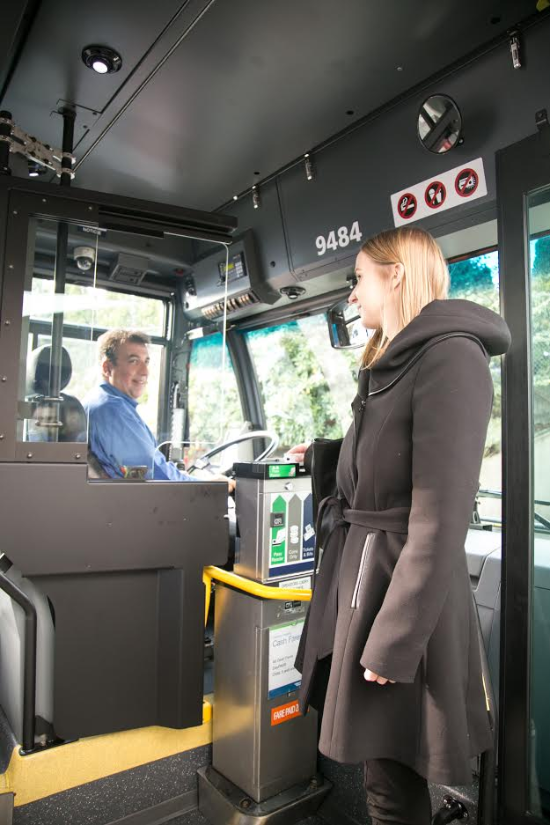 Over the past five years, BC Transit has made significant investments in both training and tools for its transit safety system, which includes: closed circuit television (CCTV) cameras, driver training to diffuse situations, partnerships with first responders and enhanced communication technology on board the bus.

“The safety and well-being of BC Transit’s hardworking drivers is essential to getting people where they need to go,” said Claire Trevena, Minister of Transportation and Infrastructure. “Combined with the recently introduced CCTV cameras, BC Transit buses are on track to being safer than ever for drivers and passengers alike.”

“Everyone has a right to a workplace that is free from harassment and violence,” said Harry Bains, Minister of Labour and Minister responsible for WorkSafeBC. “Transit drivers are responsible for the safety of thousands of people every day, and it’s a difficult job. I applaud BC Transit for investing in workplace safety, making safety a priority and providing drivers with protections to reduce risks and prevent injuries.”

The full driver door will improve safety and limit distractions for our drivers, while still allowing interaction with passengers. The proof of concept will take place in Abbotsford, Kelowna and Victoria, with five full driver doors being installed on buses at a cost of approximately $6,000 each.

The proof of concept is a partnership between BC Transit, the Province of B.C., WorkSafeBC, the local unions and our local government partners. At the conclusion of the proof of concept, BC Transit will create an implementation plan to install full driver doors on medium-duty and heavy-duty buses across the province.

“BC Transit’s top priority is to deliver a safe, effective and efficient transit system,” said Manuel Achadinha, BC Transit President and Chief Executive Officer. “Introducing the full driver door will build on our commitment to improving the on-board welfare, security and comfort of passengers and drivers alike.”

For more information about safety initiatives at BC Transit, please visit BCTransit.com.