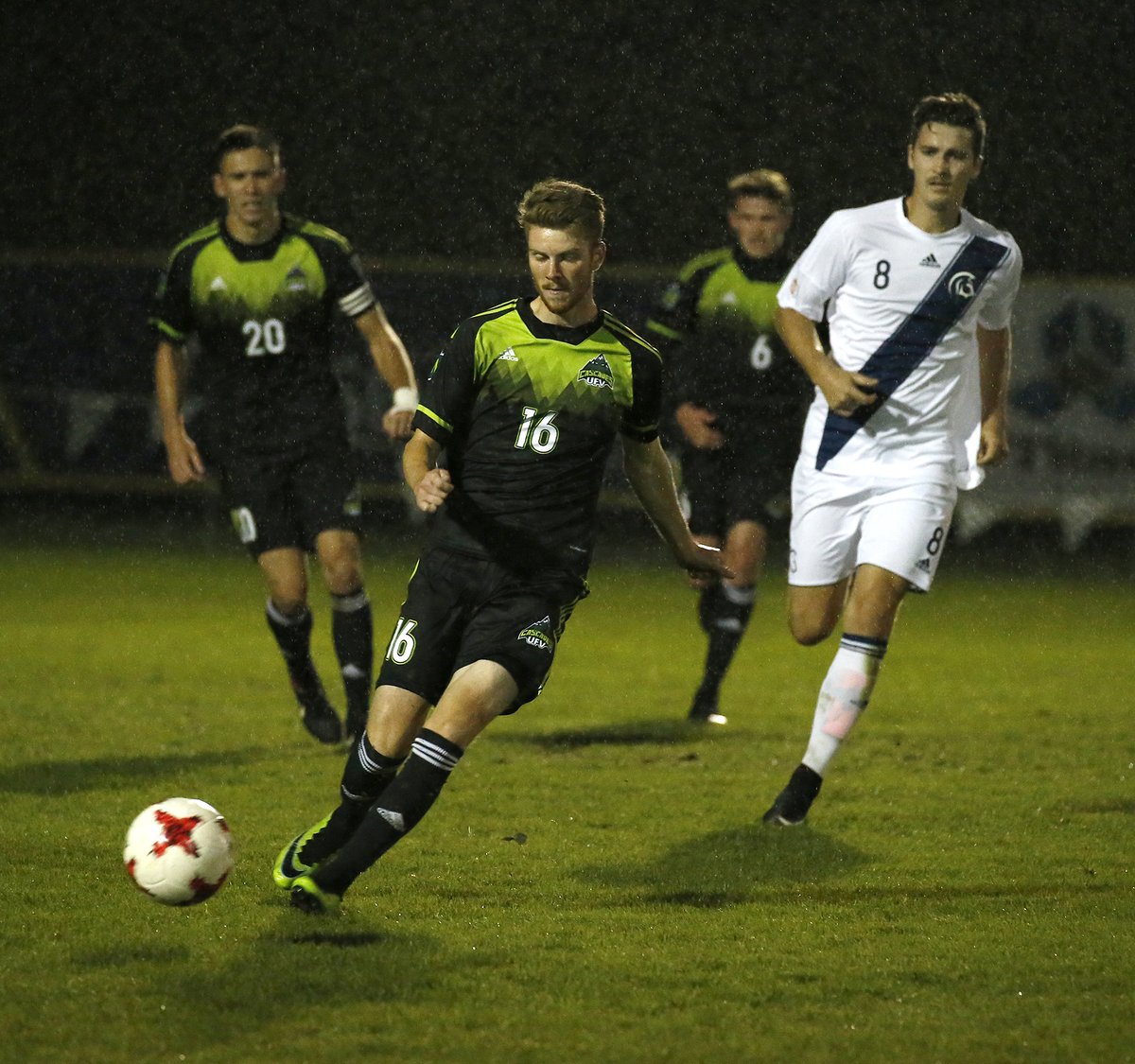 A promising start gave way to a tough finish as the University of the Fraser Valley women’s basketball team fell 58-51 in exhibition action to the Brandon Bobcats on Friday.

Playing at Terry Fox Secondary in Port Coquitlam, the Cascades raced out to a 34-23 lead at halftime. But the visiting Bobcats rallied after the break, outscoring UFV 35-17 the rest of the way en route to victory.

“A solid first half for us with some good things happening, and in the second half they went to a zone (defence) and we couldn’t hit a shot and couldn’t find what we were looking for in our offence,” Cascades head coach Al Tuchscherer said. “It was frustrating.

“Lots of learning for us – the players and the coaches.”

The Cascades were solid at both ends of the floor in the first half, shooting 42.4 per cent from the field while limiting the Bobcats to 28.6 per cent shooting. After the break, though, UFV went ice-cold against the Bobcats’ zone, hitting just 7-of-36 (19.4 per cent) from the field. Brandon battled back behind Mikaela Stanton, who scored 14 of her game-high 18 points in the second half.

Cascades fifth-year forward Shayna Litman notched a double-double with 14 points and 10 rebounds, Victoria Jacobse sparked the team off the bench with 12 points, and Taylor Claggett registered nine points and 13 boards.

The Cascades are off to Kamloops this weekend for a preseason tournament hosted by the Thompson Rivers WolfPack. On Saturday they take on the Alberta Pandas (5 p.m. start) and on Sunday they face the Carleton Ravens (9 a.m.).

The Trinity Western Spartans exploded for four second-half goals en route to a 5-0 win over the University of the Fraser Valley Cascades in Canada West women’s soccer action on Friday evening.

At Chase Office Field on TWU’s Langley campus, the host Spartans got on the board in the 27th minute when Rachel Hutchinson’s cross went in off a Cascades defender for an own goal. UFV stayed within striking distance through halftime, but the Spartans showed their quality after the break, pulling away on goals by Kathleen Chin (2), Hutchinson and Gabi Short.

The two teams complete the home-and-home set on Sunday afternoon in Abbotsford, with kickoff set for 2 p.m. at the Cascades’ home pitch, MRC Sports Complex Field 4.

Friday’s result boosted TWU’s record to 7-2-0, good for third place in the Pacific Division, while the fourth-place Cascades fell to 4-3-2.

“It was a frustrating game today,” UFV head coach Rob Giesbrecht observed. “I just thought we lacked the confidence to play, and as we made choices not to physically battle, it allowed our opponent’s confidence to grow. And then they imposed their will on us throughout the game.”

Bright spots for the Cascades included blue-collar efforts from defenders Karlee Pedersen and Simi Lehal, and rookie Taylor Nekic who lined up in the midfield. Goalkeeper Emily Harold made six saves.

“We’re young, and it’s part of learning,” Giesbrecht said. “We played a good team today, and it’s not easy to come here and get results. It’s really important that you learn, and remember how tough it is, because you’ve got to do the work to put yourself in position to get results.”

The University of the Fraser Valley men’s soccer team dropped a 4-0 decision to the Trinity Western Spartans on Friday evening in Langley.

Joel Waterman and Leighton Johnson staked the Spartans to a 2-0 lead in the first half, and Aidan Moore and Vito Poletto rounded out the scoring after the break. TWU improved to 6-3-4, good for third in the Pacific Division of Canada West, while the sixth-place Cascades fell to 3-6-2.

The two teams clash again on Sunday to wrap up the weekend home-and-home series. Kickoff is set for 4 p.m. at MRC Sports Complex, Field 4 (webcast at CanadaWest.tv).

Waterman launched the Spartans’ offensive surge in the 11th minute, volleying home a cross from Johnson for his fourth goal in five games. Johnson made it 2-0 in the 33rd, and Moore and Poletto tallied in the 55th and 87th minutes, respectively.