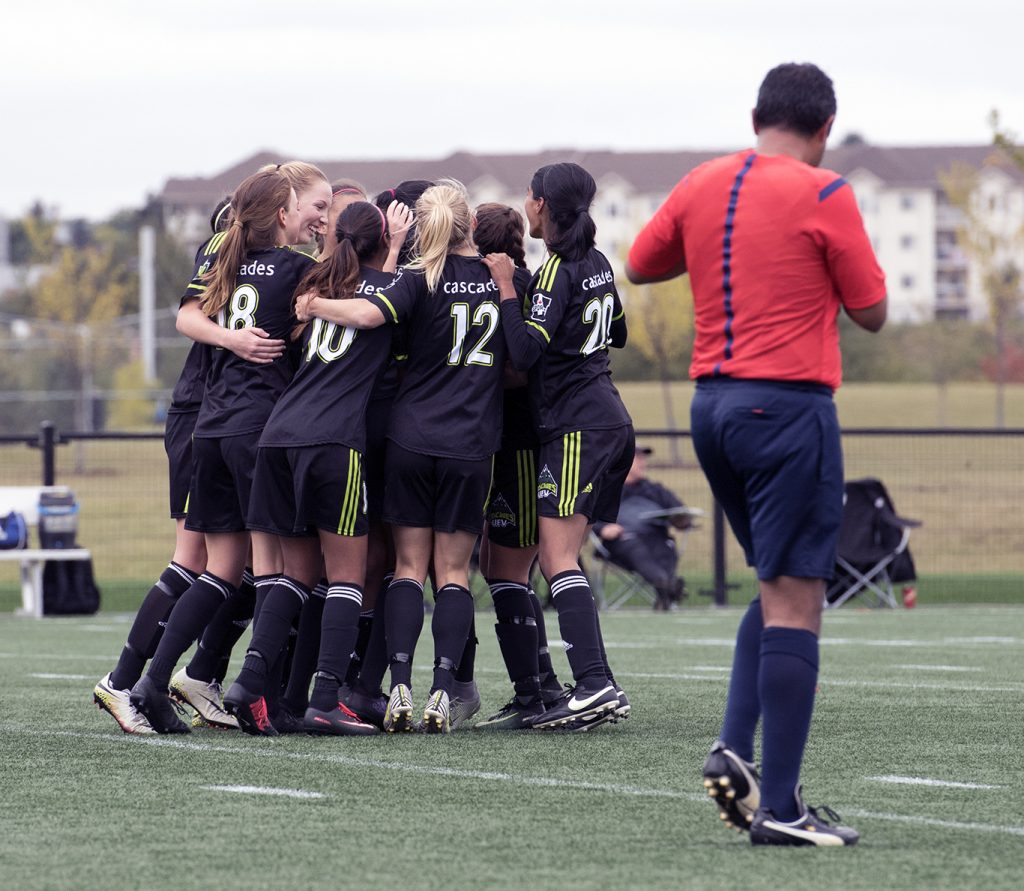 The University of the Fraser Valley men’s soccer team earned a point on the road on Sunday afternoon, settling for a 2-2 tie with the MacEwan Griffins in Edmonton.

The Griffins (1-6-1) took a 1-0 lead into halftime on Christian Hernandez’s goal, but the Cascades (2-4-2) rallied after the break, surging ahead on goals by Jassi Mann and Brady Weir. The hosts, though, secured the stalemate on Lahai Mansaray’s strike in the 84th minute.

“We were poor in the first half, with and without the ball,” UFV head coach Tom Lowndes analyzed. “We didn’t play with enough tempo or energy – we didn’t press them enough and let them have the ball.

“Second half, it was night and day. We played with a much higher tempo. We passed the ball, we were brave, and we had some intensity and bite to us.”

The Griffins opened the scoring in the 26th minute when Hernandez volleyed home Mansaray’s cross.

The Cascades’ second-half performance was much brighter, and Mann equalized in the 60th minute with his first goal of the campaign. Off a UFV free kick, Mann tracked down the ball in the box and unleashed a terrific left-footed strike into the top corner.

Weir gave the Cascades the lead in the 82nd minute on his second goal of the season. Parman Minhas made a run down the left side and sent Weir through, and the third-year midfielder took on a Griffins defender and fired a shot that took a deflection on its way into the net.

But two minutes later, the score was level again after Mansaray knocked a rebound past UFV keeper Alex Skrzeta.

Lowndes credited reserves like Mann, David Parfett and Charlie Lovell for turning the tide in favour of the Cascades in the second half.

“We would have preferred six points, but this is a tough road trip,” he said, alluding to the fact the Cascades played in Lethbridge on Saturday afternoon, winning 2-1. “We’ll take it and go on to next week.”

The Cascades hit the road this coming weekend to face the Thompson Rivers WolfPack (Saturday, 12 p.m.) and the UBC Okanagan Heat (Sunday, 3 p.m.).

After a slow start, the University of the Fraser Valley women’s soccer team came to life offensively in the second half on Sunday afternoon, igniting a 3-0 road win over the UNBC Timberwolves.

Tripat Sandhu, Gurneet Dhaliwal and Taylor Nekic scored for the Cascades – all after halftime – and goalkeeper Emily Harold registered three saves for her third consecutive shutout.

Coming on the heels of a 1-0 win over the MacEwan Griffins on Friday in Edmonton, Sunday’s result completed the first six-point weekend of the 2017 Canada West campaign for the Cascades (3-2-1, fifth in the Pacific Division). The Timberwolves fell to 2-4-0.

The game featured noteworthy milestones for UFV rookies Sandhu and Nekic, who each notched their first career Canada West goals.

“I think it’s fantastic that these young kids are getting opportunities, and they’re answering,” Cascades head coach Rob Giesbrecht said. “I’m so proud of them.”

The Cascades generated few clean looks at goal in the first half. Their best chance came off a UNBC turnover – Harneet Dadrao intercepted a T-Wolves pass and sent it to Dhaliwal, but her shot went just over the bar.

The Timberwolves found increasing traction as the half wore on, and they continued to press as the second half opened. But the Cascades’ defensive structure was solid, and UNBC’s forays were consistently turned aside by the UFV backline led by Karlee Pedersen and Simi Lehal.

The Cascades finally broke through in the 57th minute. Dhaliwal sent a corner kick into the box and it bounced around dangerously for a few moments before landing at Sandhu’s feet. She fired a low shot into the bottom left corner.

Dhaliwal made it 2-0 in the 69th minute, stripping the ball from a UNBC defender and scoring on a shot to the back post from 25 yards out.

Nekic salted the game away in the 77th, scoring from close range off a free kick by Lehal.

Harold sealed her third clean sheet with a tough save just before the final whistle, denying UNBC’s Sidney Roy off a corner kick.

Giesbrecht felt that the energy his team received off the bench after halftime from rookies Sandhu, Meghan Rose and Raman Bachra was pivotal to the second-half surge.

“UNBC is a much-improved team and they’re very well-organized,” Giesbrecht said. “They possessed the ball really well from the back. We made a few adjustments at the half and talked about not letting them into our midfield, and the girls did a great job . . . In the second half, we were much better.”

The Cascades return home next weekend, hosting the Thompson Rivers WolfPack on Friday and the UBC Okanagan Heat on Saturday. Both games kick off at 5:30 p.m. at MRC Sports Complex, Field 4. 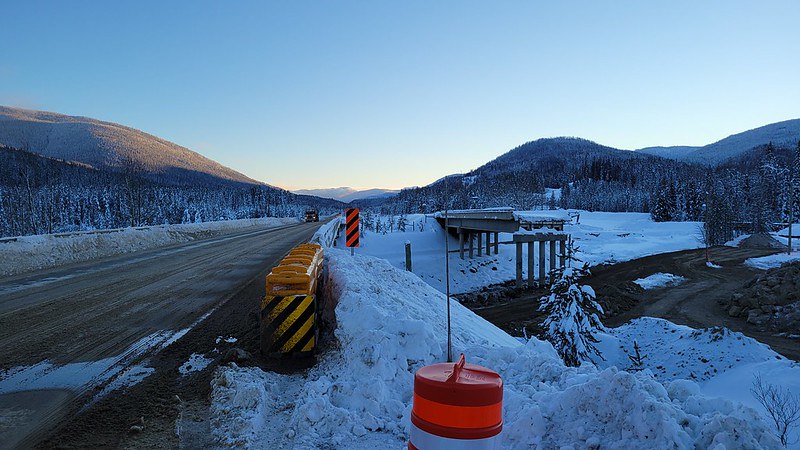