Hope/Nelson/Revelstoke – SEPTEMBER 25 UPDATE – Anthony Cortez was charged with several offences from April through June, along with several charges from Wednesday, September  20 recommended to Crown by Revelstoke RCMP. (Other charges include no-contact with Danielle Charlton and firearm offenses).

Cortez is charged with assaulting Danielle Charlton on April 16 of this year.

SEPTEMBER 22 UPDATE -A male suspect has been taken into custody.

The fatal crash on Highway 3 near Hope happened two weeks ago (September 11).

B.C. Traffic Service said a person was taken into custody for an “unrelated matter,” but are not releasing any other details.

Nelson Police said Monday that the suspect was well-known to authorities. His criminal record includes assault charges, theft and possession of stolen property in Nelson, Abbotsford, Surrey and Langley.

According to a report from CTV News and the Vancouver Sun, the fiancé of the victim (Danielle Charlton), Anthony Cortez, was arrested in Revelstoke this past week for assaulting a peace officer and the dangerous operation of a motor vehicle.

The man is expected to appear in court on Monday.

SEPTEMBER 13 UPDATE – The accident victim is Danielle Charlton. She was a mom of four as well as a tattoo artist. She was a passenger in the SUV. Meanwhile her mother went to the media and pleaded with the driver to “do the right thing and turn himself in.

Global reports she was in a relationship with the suspect driver who fled the scene. Charlton’s ex-husband says the boyfriend “dragged her back into a life of homelessness and drugs”.

Nelson RCMP say the suspect believed to be responsible for the crash may be linked to a robbery in Nelson and he’s still on the run.

Mountie S/Sergeant Nate Holt says the incident happened at about 4:30AM on Monday, which was several hours before the deadly crash and the suspect does have ties to the Nelson-Kootenays area as well as the Lower Mainland. “This individual is well known to police and has ties across much of southern British Columbia.”

CTV and Global reports that the suspect, whose name has not been released, was seen on surveillance video in a smash and grab at Ted Allen’s Jewellery in Nelson. Some $30,000 in stolen goods as well as damage to display cases and a front window, was caught on video. CTV also reporting that there is a tie between the deceased and the suspect, although RCMP are tight lipped about details.

The suspect is described as a 5’9″ or 5’10” white man with olive-coloured skin. He’s 38-years-old. He has dark, short hair and a thin face. He is also believed to have a slim waist, broad shoulders, and facial stubble. He was wearing a white and red motorcycle-style jacket and tan-coloured shorts at the time of the crash.

SEPTEMBER 12 UPDATE – The BC  Coroner has confirmed a female in her 30’s, died in this crash.  The collision was between an Equinox SUV and highways maintenance truck.

This happened around 3 p.m. Monday afternoon, about 10km east of Hope.

The man behind the wheel of the SUV is accused of jumping into a BC Forest Service pickup after the crew had stopped to help, and sped off in their truck.

“We believe that the suspect traveled to Hope in the white Ford F350 he stole from the Good Samaritan who stopped to help,” explains Hope RCMP Constable Melissa Wutke.

Mounties have recovered the truck, but they are still looking for the driver.

The suspect is described as a 5’9″ or 5’10” Caucasian man with dark, short hair and a thin face. He is also believed to have a slim waist, broad shoulders, and facial stubble. He was wearing a white and red motorcycle-style jacket and tan-coloured shorts at the time of the crash.

ORIGINAL STORY – RCMP are looking for a suspect police who was involved in a motor vehicle hit and run on Highway 3.

On Monday afternoon (September 11, 2017 @3PM) RCMP responded to a report of a two vehicle motor vehicle collision about 10 kilometers east of Hope on Highway 3.   An male suspect suspected to be the driver of an SUV left the scene before police arrived.

He is described as:

RCMP believe he traveled to Hope after the collision.

DO NOT approach him and immediately call 911. 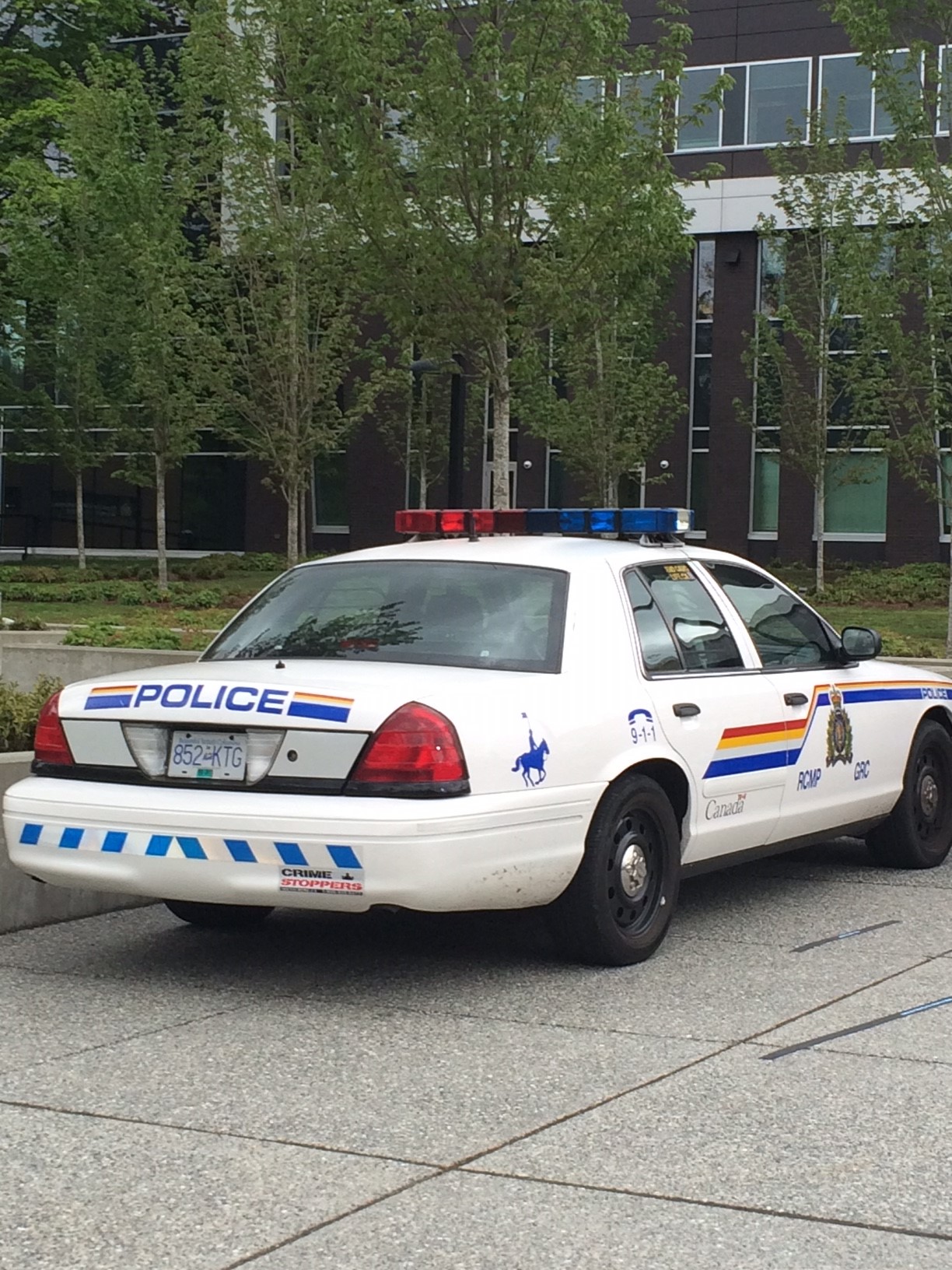