New Westminster/Merritt – JANUARY 10 UPDATE – Yes another delay in the Shoenboen case. Shoenborn family spokesperson Dave Teixeira told FVN that the Judge in the 3x child killer Schoenborn hearing gives Anne Crocker & NTP (National Trajectory Project) additional time to turn over data. Back in court January 26th. This revolves around the High Risk Designation that has been sought for Schoenborn.

DECEMBER 8 UPDATE – Family Spokesperson Dave Teixeira took to Twitter to state that another delay in Charter Challenges to the high risk designation is coming up December 16 in BC Supreme Court in New Westminster. FYI Teixeria submitted an FOI – Freedom of Information request on the court costs. The People of BC are paying for Shoenborn’s court expenses. The FOI was denied some months ago due to the fact that the case is still before the court, however insiders have suggested that the cost to the Provincial taxpayer is in excess of $3M.

SEPTEMBER 2 UPDATE – Family Spokesperson Dave Teixeira posted to Facebook that Court wrapped up early in the #Schoenborn hearing as Defense asked for another delay. On Tuesday September 6, court will discuss future review and charter challenge dates between January & May 2017.

JULY 31 UPDATE — According to surviving family member spokesperson Dave Teixeira ‏@davedotca  , the BC Review Board confirms next week’s annual hearing for 3x child killer Allan Schoenborn postponed to May 2017.

However the High Risk Designation Hearing and his concurrent Charter Challenge returns to BC Supreme Court August 29th to September 9th.

Shoenborn is serving his sentence at the Colony Farm psych  facility. He would like to have unescorted day passes – much to the horror of his wife and family.

Final submissions are scheduled for January 9.

Dave Teixeira posted to social media that the schedule for Allan Shoenborn’s High Risk Offender trial will roll into next year: 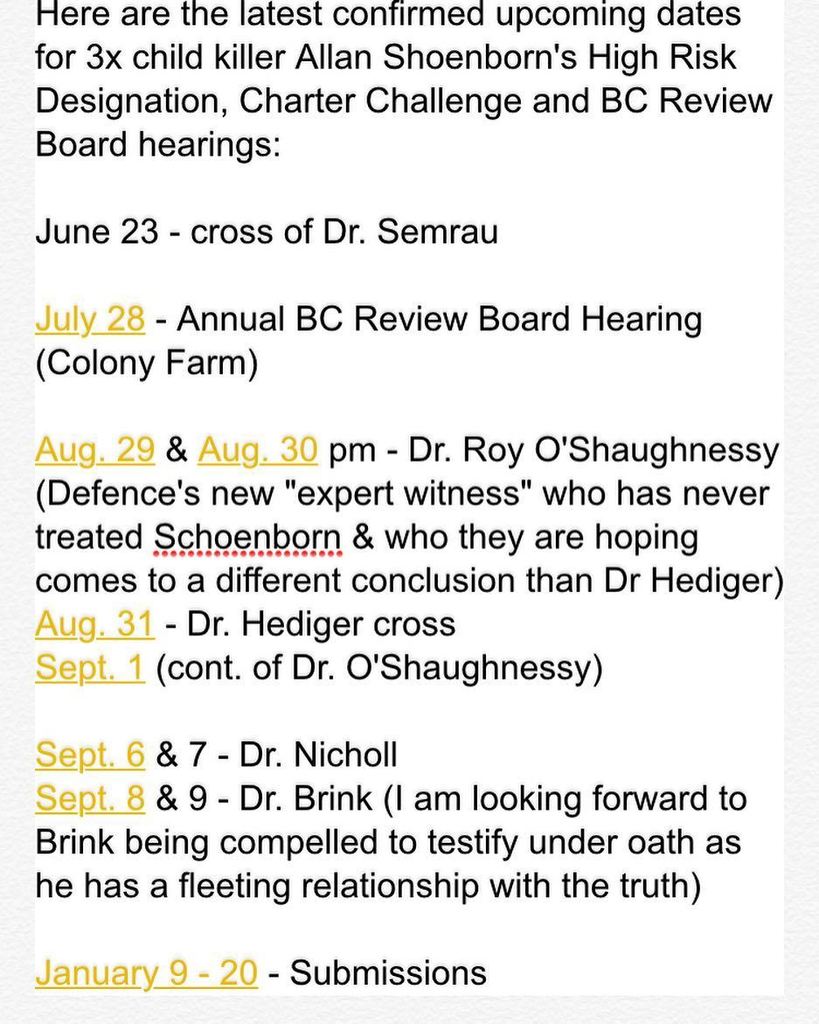 June 23 ORIGINAL STORY – Dave Teixeira is the family spokesperson for the surviving members of Allan Shoenborn.

He was the Merritt man who murdered his three children in April 2008 and now resides in a psychiatric facility where he is fighting the designation of High Risk Offender. 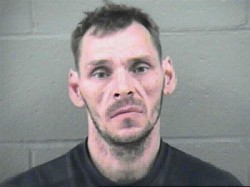 Teixeria took to social media to update the trial proceedings.

“Only treatment ‪#‎Schoenborn‬ took in 2015 was baking – and he stopped this in Dec. He refuses to do any treatment until he gets into community. #Schoenborn discussed w/ Dr “a stated plan” of doing treatment up to last year’s Review Board, getting community passes & stopping treatment.

Looks like the #Schoenborn hearings will be continuing until late January 2017 due to various scheduling challenges. Will know Thursday.