Chilliwack – OCTOBER 6 UPDATE – The second phase of construction will start October 3 and require the full closure of the Rotary Trail Parking Lot.

During the first 10 months of Bridge construction most works will be off-line of traffic and should have minimal impact on traffic flow. SEPTEMBER 14 ORIGINAL STORY – Major construction will begin in early October on the project to replace the Vedder Bridge and upgrade the Vedder/Chilliwack Lake Road intersection.

The existing two-lane bridge over the Vedder River will be replaced with a new two-lane structure that will incorporate shoulders and multi-use pathways to improve safety and access for pedestrians and cyclists. Both the north and south approaches to the bridge will also be updated. Additionally, a new single-lane roundabout will modernize the junction of Vedder Road and Chilliwack Lake Road and improve traffic flow.

The new bridge is being built to the side of the existing bridge, so traffic will be minimally affected during construction. However, the work will require the full closure of the Rotary Trail parking lot. Trail users are encouraged to use the recently expanded Vedder Park parking lot, accessible off Petawawa Road.

Preliminary work, including the relocation of utilities, has already begun. A major construction works contract valued at $11,331,000 was awarded to Emil Anderson Construction, with preparatory work getting underway in August. The project is scheduled for completion in fall 2017.

Through the Small Communities Fund, the governments of Canada and British Columbia are working in partnership to provide funding for priority public infrastructure projects that deliver on local needs in communities across the province that have fewer than 100,000 residents. These investments support job creation and economic growth, thus sustaining a high quality of life in small communities across British Columbia for years to come.

Have your say on infrastructure: infraconsults.ca

Learn more about the Small Communities Fund at work in British Columbia: www.gov.bc.ca/smallcommunitiesfund

Ongoing updates on this project will be posted at: www.chilliwack.com/vedderbridge 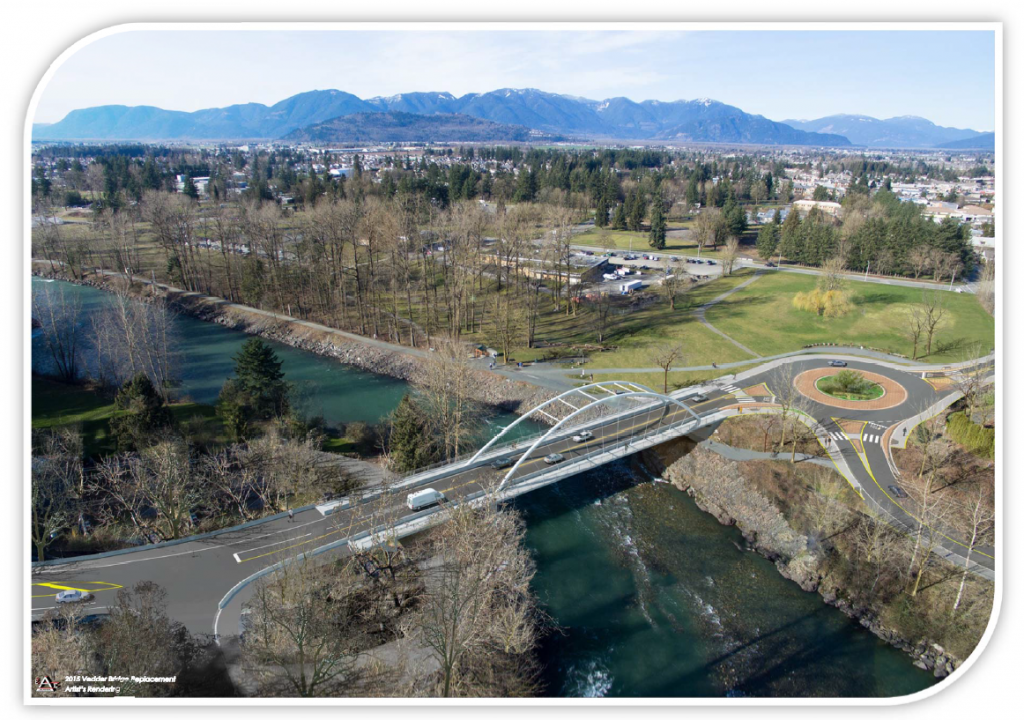