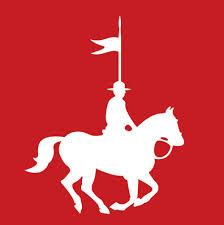 Ottawa – The RCMP commissioner Bob Paulson, issued an apology on Thursday as part of a historic settlement reached with the plaintiffs in two proposed class-action lawsuits alleging systemic gender-based harassment and discrimination within the force, sources say.

Any female member who experienced harassment or discrimination will be eligible to apply for damages. Amounts will depend on the extent and nature of the injuries experienced by the members, a source said. The potential number of Mounties who could be eligible is in the thousands and compensation could reach $100 million or more.

The Justice in charge of the claims process says compensation will be based on a scale in six different categories. Maximum will be $220,000.

Lawyer David Klein says compensation will be given in six levels, depending on the claims.

He says the force expects around 1,000 female RCMP employees to come forward for compensation

As part of the settlement, the force will also announce new details of how it plans to change the workplace culture.

The complaints and cases extend back to 1974.

The Commissioner says the claim process will be a “completely independent and confidential process” and the RCMP will not play a role in the process.