This September, British Columbia will celebrate inclusive employers and the contributions of people with disabilities in the workplace with the third-annual Disability Employment Month. 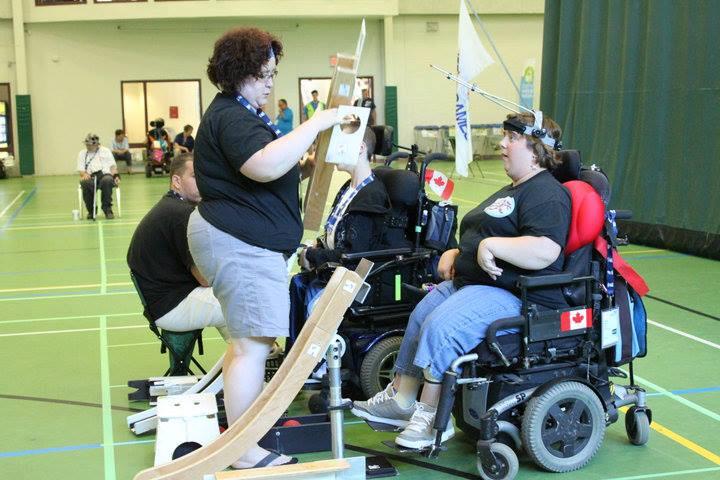 During the month of September, WorkBC Employment Services Centres throughout British Columbia will host open houses, job fairs and workshops to highlight the range of services and supports available to help job seekers with disabilities, as well as resources for employers who want to hire people with disabilities and build inclusive workplaces.

Employers from all sectors of British Columbia recognize the benefits people with disabilities bring to the workplace.

For example, Vancity recently identified a business need within their enterprise-wide information technology upgrade project that aligned with the skill sets of people on the autism spectrum and hired eight people who have been on the job since December 2015.

Another B.C. employer, Pacific Bolt Manufacturing, recently hired Jamie, a young man with an intellectual disability as a facilities technician, responsible for sorting, packaging and janitorial duties. Jamie was hired through Ready, Willing and Able, a national initiative designed to increase labour force participation of people with intellectual disabilities and autism.

The City of Surrey, a public sector organization with 4,000 employees, is also working hard to become a “disability confident” employer. Surrey has hired people with disabilities for a variety of roles, including athletes with disabilities, like former Paralympian Alison Kabush, who works as an instructor for Surrey’s sports and recreation programs, including the Boccia program, an adapted version of Bocce for players aged six years and up.

Job seekers and employers can contact their local WorkBC Employment Services Centre to learn more about inclusive hiring resources and services and supports to help people with disabilities obtain employment.

“British Columbia has a goal to have the highest labour participation rate in Canada for people with disabilities by 2024. I want to congratulate those businesses who already support diversity in their hiring. They understand that a business that is accessible and inclusive is telling its customers that it is welcoming to everyone. I want to encourage more companies to learn more about the benefits of creating an inclusive workplace. Let’s all carry the message that people with disabilities are ready, willing and able to work.”

Darryl Plecas, Parliamentary Secretary for Seniors and Accessibility, and MLA for Abbotsford-South –

“Disability Employment Month is an important opportunity to celebrate all the benefits people with disabilities bring to our workplaces, our economy and our communities. Our government is proud to work in partnership with the business community and the disability community to raise awareness about the many programs and services available to people with disabilities and employers.”

“Hiring people with disabilities is good for business. People with disabilities fill a variety of roles at Vancity, and these individuals are key to our success – they bring unique skill sets, a tremendous work ethic and help us build a strong corporate culture that allows us to achieve our goals and attract new members.”

“At YVR, we are investing more resources into hiring people with disabilities. I am also proud to support the inclusion of more people with disabilities in the workforce through the Presidents Group, which is actively engaging with employers to learn more about their experiences recruiting, hiring and retaining employees with disabilities, and encourage them to take their inclusive hiring practices to the next level.

“The City of Surrey is focused on attracting, hiring and promoting a diverse workforce that includes individuals with disabilities. We strive to interview and hire individuals with disabilities into existing positions within the City. To date, we’ve been successful on a number of hires in a variety of roles in the City’s Parks, Recreation and Culture department using this approach. This is why we feel it’s important to highlight events like September’s Disability Employment Month, as it allows us to showcase all the efforts that we are making as a city to be a disability confident employer and to encourage others to do the same.”

“Many people with disabilities are educated, willing and able to work. One of the biggest limiting factors for their full inclusion is inability to find and keep work. With programs such as Technology@Work, we are making important strides to support people with disabilities and employers with assistive technology solutions to address barriers in the workplace. Dedicating September as BC Disability Employment Month is another step in increasing the full inclusion of people of disabilities in BC.”

Learn more about the Ministry of Social Development and Social Innovation: www.gov.bc.ca/sdsi

For more information on B.C.’s Skills for Jobs Blueprint: www.workbc.ca/skills

To find out more about the BC Jobs Plan: www.engage.gov.bc.ca/bcjobsplan/