Book Review – Christy Clark Behind The Smile – By Judi Tyabji 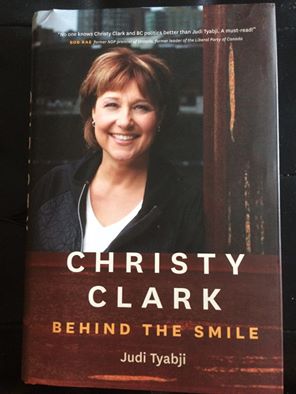 This newly released book focuses on the political life of BC’s Premier, The right honorable Christy Clark. Regardless of your political persuasion, this book is a fascinating look at the inside working of the political parties in BC. It follows Premier Clark’s career from her early days as a member of the young Liberal party to her rise to the top. Beyond the life and career of Premier Clark, Ms. Tyabji does an exceptional job of following the media and its role in shaping BC politics. The book covers important topics such as the BC Rail scandal and the BC Treaty negotiations. I certainly came away with a better understanding of BC politics and the nuts and bolts of party leadership conventions.

A very well written book – worthy of a read!