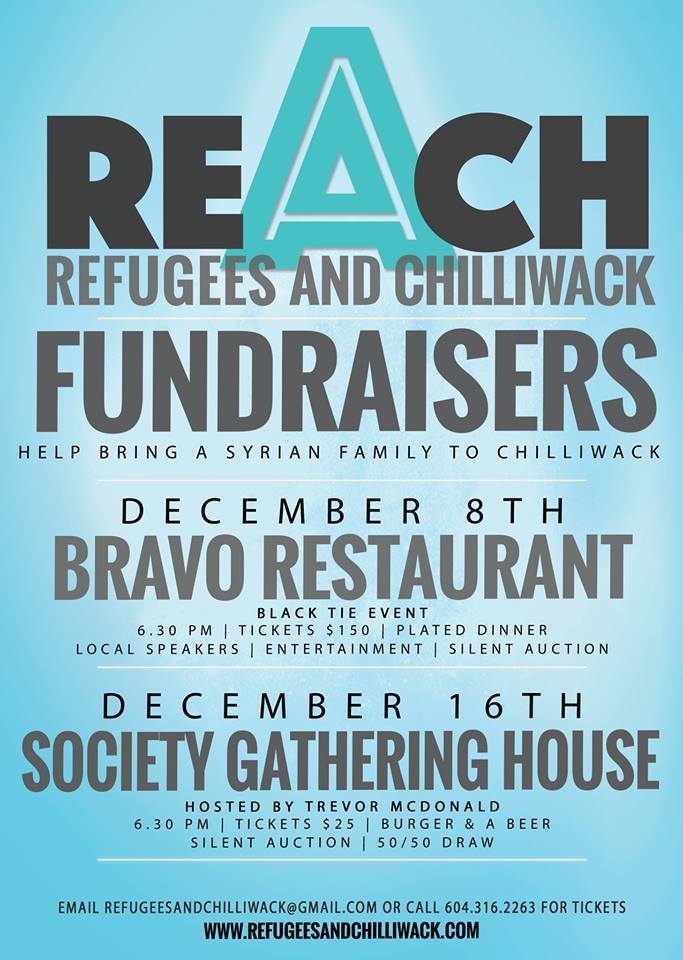 Chilliwack, BC – The decision has been made by the Federal Government as to the number of Syrian refugees to be brought into the country and spread across Canada.  That will include BC. That will include the Fraser Valley.

But they need help and no one organization or government will be able to fill the entire bill.

Amber Price of The Book Man along with Daris Lapointe and Eleasha Sabourin have organized two events under the banner REACH – Refugees and Children. You might recognize Daris’ name as the better half of former Chilliwack MLA Barry Penner.

Louis DeJaeger of Bravo Restaurant is hosting one of the events, a black tie affair at Bravo and the other at the Society Gathering House.

A Facebook information page has been set up and can be found here.