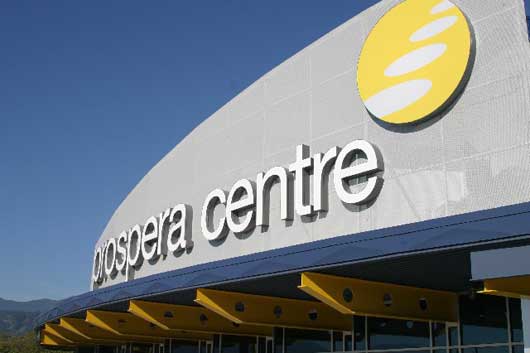 Chilliwack, BC – The management of Prospera Centre announced that, in concert with the new City of Chilliwack by-law banning smoking in public parks and facilities, that the arena and its grounds will be going smoke free, effective immediately. Smoking will not be permitted anywhere inside Prospera Centre or on its grounds, including parking lots. Similar to other major event facilities in the Fraser Valley, a no re-entry policy will also be strictly enforced.

Prospera Centre President Glen Ringdal said, “While we recognize these policies may be a challenge to a few, the vast majority of our hockey and event fans will appreciate that they are a very positive changes for our facility. As the leading sports facility in the City, we believe it is important that we adhere to healthy living and lifestyles.”

The new policies, which include all forms of smoking tobacco and e-cigarettes, will be in effect for the Chilliwack Chiefs’ first exhibition game against the Surrey Eagles, on Saturday August 29th.