U2 Pays Tribute To B B King In Vancouver 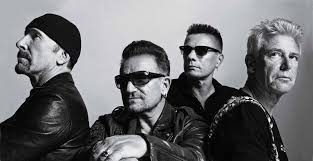 Vancouver (Ultimate Classic Rock)– One final post on U2 in Vancouver.

Friday Night(May 15) in Vancouver, U2 paid tribute to B.B King by giving a rare performance of When Love Comes to Town,” their collaboration from 1988’s “Rattle And Hum”.

You can watch the video below.

According to Setlist.fm, it was their first time U2 have performed the song since a concert in Dublin on Aug. 28, 1993, which was the last night of the European leg of the Zoo TV tour. King, who died on May 14 at the age of 89 from a series of small strokes, performed it frequently over the years.

U2 and King recorded “When Love Comes to Town” at Sun Studio in Memphis, at a time when they were exploring the roots of American music for their concert documentary, Rattle and Hum. The song only reached No. 68 on Billboard‘s Hot 100 chart, but hit No. 2 at Mainstream Rock and the video was in heavy rotation on MTV.

This was the second night of U2′s Innocence + Experience Tour, which finally kicked off after being delayed when Bono suffered injuries in a bike accident last November. While the first set saw only minor changes from the opener – “Vertigo” was moved into the second spot and “California (There Is No End to Love)” replaced “Out of Control” — the second set had “Desire” and “Sweetest Thing” removed in favor of “Angel of Harlem” and “When Love Comes to Town.” In addition, “Beautiful Day,” which was an encore the first night, took the place of “The Troubles.”

Of the encores, only “Where the Streets Have No Name” remained. “Miracle Drug,” “Bad” and “One” were performed instead of “City of Blinding Lights,” “Beautiful Day” and “I Still Haven’t Found What I’m Looking For.”