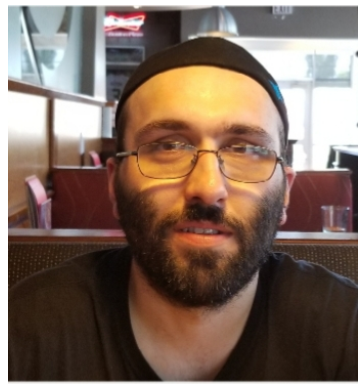 Surrey/Chilliwack – DECEMBER 2, 2020 UPDATE – A fourth man has been arrested and charged in connection with the November 11, 2019 Surrey homicide of 30-year-old Andrew Baldwin.

On November 30, 2020, 27-year-old Munroop Singh Hayer was arrested by police and charged by the B.C. Prosecution Service with first degree murder in the death of Andrew Baldwin. Three other men – Jordan Bottomley, Jagpal Hothi and Jasman Basran – were previously charged in connection with the homicide. Hayer will appear before a judge in B.C. Provincial Court on December 2, 2020.

“IHIT’s commitment is to ensure that each and every person complicit in a homicide is held to account. I feel we have successfully demonstrated that in this investigation,” says Superintendent Dave Chauhan, Officer-In-Charge of IHIT. “I extend my deepest condolences to the family of Andrew Baldwin who have undergone tremendous hardship this past year and my sincerest gratitude to the members of IHIT and the Surrey RCMP for carrying out their duties in exemplary fashion.”

Andrew James was loved from the moment we held him in our arms. He was the first-born son to me and his dad Russ. He was the first grandson and first nephew in our family as well as a cousin to many. He was a fantastic baby and then he became a big brother. Not only was Andrew an honour roll student in high school but he loved sports growing up and enjoyed playing baseball and soccer and then joined the New Westminster Salmon Bellies Lacrosse team from age 11 to 18. He loved spending time with his dad and brother watching the Canucks. Andrew was well liked by many people, young and old. Although he was now an adult, he was forever a kid at heart, which meant he still loved blowing giant soap bubbles with his beloved mom and grandmas. He was a hardworking man and a concrete framer by trade. He received many grants in order to continue towards his path of becoming a journeyman. Andrew had a great sense of humour with an infectious laugh. Andrew was a caring, giving person and his loyalty to his family, friends, loved ones and co-workers was unwavering. On Remembrance Day November 11, 2019, I along with my husband Ben, Andrew’s grandma and Nana, many aunts and uncles lost our beloved Andrew. We will all miss him every moment of every day. We would like to take this opportunity to say thank you to the IHIT team and their dedication over the last year. Harb, Lovepreet, Kevin and Christa and many others who took the time away from their own families to support our family during this tragic situation in our lives. We appreciate your unwavering commitment to solving our beloved Andrew James Baldwin’s murder.

No further details will be released as the matter is now before the court.

MAY 20, 2020 UPDATE – IHIT was released more information on charges relating to the murder of a 30 year old Surrey male, Andrew Baldwin.

On January 24, 2020, Jordan Bottomley and Jagpal Hothi were arrested by IHIT and later charged by the B.C. Prosecution Service with first degree murder for Andrew Baldwin’s death on November 11, 2019.

A 21-year-old man has been criminally charged in connection with the homicide of Andrew Baldwin.

On May 20, 2020, Jasman Basran of Surrey was arrested by IHIT and charged by the B.C. Prosecution Service with accessory after the fact to murder in Andrew Baldwin’s death.  He will appear before a judge in B.C. Provincial Court on May 21, 2020.

“The evidence trail that our investigators have been following for the past several months has led to another arrest and a third man charged in the case,” says Sergeant Frank Jang of IHIT.  “The investigation still remains active as we believe we have yet to arrive at the end of the trail.  We continue to urge those with information to come forward.”

NOVEMBER 14, 2019 ORIGINAL STORY – The Integrated Homicide Investigation Team (IHIT) is calling on the public to assist its ongoing investigation into the murder of a 30-year-old man.

On November 11, Surrey RCMP received a call for assistance from a home in the 10700-block of 124 Street.  When officers arrived on scene, they found Andrew Baldwin unresponsive with critical injuries.  He was taken to hospital where he was pronounced dead. IHIT has ruled out shooting but won’t say how he died.

The Integrated Police Dog Services was brought in to conduct a search for the suspect, who was wearing a dark hooded sweatshirt and dark pants with reflective material around the bottom of the pant leg.  He was last seen northbound on 124 Street from the scene.  Mr. Baldwin’s death was deemed a homicide and IHIT was then called in to take conduct of the investigation.

IHIT is working closely with the Surrey RCMP, the Integrated Forensic Identification Services and the B.C. Coroners Service to gather further evidence.

The investigation is still in its early stages and investigators are working to determine a motive.

“We urge anyone with details of Andrew Baldwin’s activities before his unfortunate death, to come forward and speak to investigators,” says Sergeant Frank Jang of IHIT.  “We also urge any witnesses and drivers with dash cam video who were in the area of Old Yale and Scott Road to contact us, so we can ultimately determine those responsible.”

FVN has leanred that Andrew Baldwin is the brother of 27 year old Keith Baldwin. He was murdered in a Chilliwack parking lot in October.