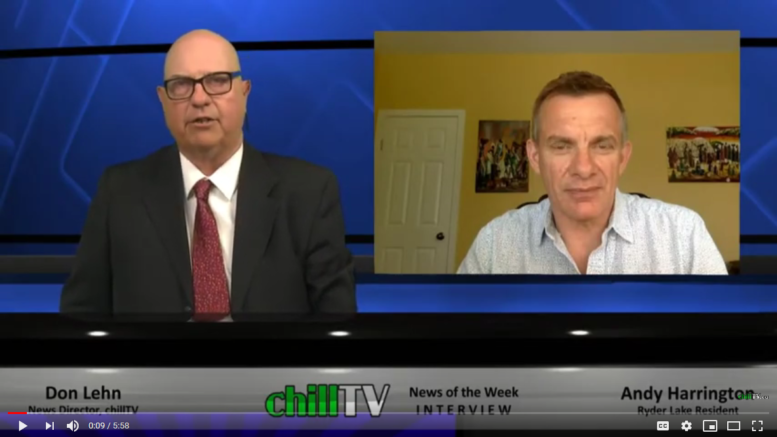 Ryder Lake – Internet problems in Ryder Lake are nothing new. However, with COVID and learning from home, students have to deal with poor connection that freezes at the best of times. Working from home was a challenge.

From FVN in January 2016, many thought their prayers would be answered.

In May 2020, FVN and chillTV spoke with Andy Harrington, who is spearheading the effort for better connection. He did interviews with chillTV and other TV outlets, showing how choppy/freezing the connection was. His group sent letters to the Province, as well as CRTC – Canadian radio Television and Telecommunication Commission and Telus, the provider for some in Ryder Lake.

In 2018, Telus looked into the possibility of a fibre build in the community, but the project wasn’t economically viable.

A provincial response came in July but Anne Kang, the BC Minister of Citizens’ Services really didn’t come up with answers. Basically, the CRTC oversees broadcast and internet. The Province really can’t force the federal body to speed up ( pardon the pun) and fiber optic work.

The federal government’s new $1.7 billion Universal Broadband Fund, is meant to support rural connectivity. That is on hold as Ottawa deals with COVID, CERB etc.

So the buck continues to be passed.

The chillTV interview from May with Andy Harrington :

Helping The Toads At Ryder Lake

Over 25% Of Canadians Have Been Harassed On Line