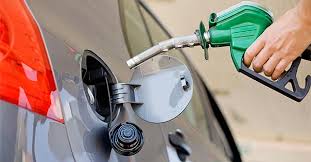 Victoria – Oil and gas companies in British Columbia will be forced to reveal to consumers how gas prices are set, as a result of new legislation that was introduced on Monday.

The fuel price transparency act will allow the B.C. Utilities Commission (BCUC) to collect information from oil and gas companies on the market conditions involved in setting gasoline prices. This information will be made available to the public, as well as consumer and watchdog groups.

It looks good on paper, so now comes the test. Will this work?

The FPTA will establish a regular schedule of reporting on the gasoline and diesel market, including: refined fuel imports and exports, including volume, source, destination and mode of transport; fuel volumes at refineries and terminals; and wholesale and retail prices. Companies will have to report their data and could face fines or administrative penalties if they fail to do so. The FPTA also sets rules for audits and inspections to ensure that the data being reported is complete and accurate.

Public reporting is a key element of the FPTA. The administrator of the act will be empowered to compile and disseminate information publicly. The FPTA also allows confidential information collected on the gasoline and diesel market to be made public, if the public benefit from the release of that information outweighs the harm to the business interests of fuel companies.

The release of information under the FPTA will encourage the competitiveness of the market in British Columbia and give the public confidence that the market is working fairly.