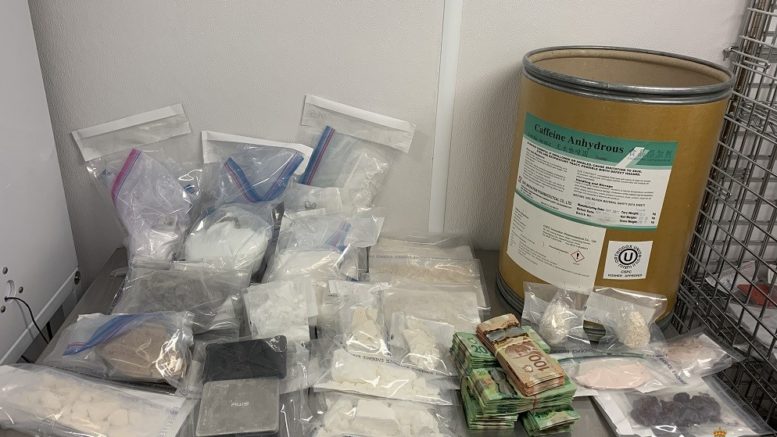 Chilliwack/Surrey –  Drugs and vehicles were seized in the course of executing five search warrants as a RCMP investigation led police from Chilliwack to Surrey.

An investigation initiated in late 2018 by the Chilliwack RCMP Crime Reduction Unit Drug Section (CRU) targeted individuals suspected of supplying bulk quantities of illegal drugs for trafficking in Chilliwack.  Evidence gathered by investigators linked a Chilliwack and four Surrey addresses to the street level distribution of drugs in Chilliwack, Abbotsford, Langley, and Surrey.

On June 5, 2019 Chilliwack CRU supported by the Priority Target Team (PTT) executed a Controlled Drug and Substance Act (CDSA) search warrant of a residence in the 46000-block of Princess Avenue.  Drugs believed to be approximately 13 grams of methamphetamine, 11 grams of fentanyl, 10 grams of cocaine, a revolver, ammunition, $6,000 cash and a vehicle were seized by police.  Two people arrested during the search were later released from custody.

Approximately 2.4 kilograms of methamphetamine, 590 grams of cocaine, 320 grams of fentanyl, 1 litre of GHB, 16 kilograms of caffeine, 2.8 kilograms of an unidentified powder substance, paraphernalia associated to drug trafficking, $35,000 cash, and a vehicle were allegedly seized during the execution of the search warrants.

Three individuals arrested during the searches were later released from custody by police. Following a thorough review of evidence gathered, all circumstances of the investigation will be forwarded in a report by the RCMP to the Public Prosecution Service of Canada (PPSC) for their assessment of CDSA charges.

Be the first to comment on "Chilliwack, Surrey Mounties Sweep Nets Drugs, Cars And Cash"