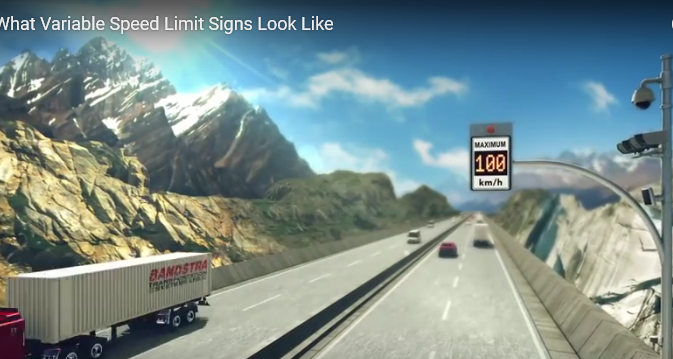 Fraser Valley/Victoria – Back in 2016, variable speed signs went live in three locations throughout the province as part of a pilot project to help reduce the frequency and severity of weather-related crashes.

They were on the Coquihalla, Sea to Sky and the Trans-Canada Highway near Revelstoke.

Over the past few months, drivers have noticed those same signs being put up on Highway 1 between Chilliwack and Abbotsford. Originally they were to be ready to go come August.

Construction will be complete next month however in a email from the Ministry of Transportation, they won’t go live for a while.

“The ministry will spend about six months collecting data. That information will be used to “refine the system, as the congestion-based variable speed technology is brand new to B.C. The signs won’t be active during that testing phase.”

Using that as a time frame, January 2020 seems to be a target date. Just time for winter snow.

Councilor Chris Kloot is NOT a fan: Complete waste of money by the @bcndp and Minister of Transportation @clairetrevena. The roadway is in dire need of widening, not some stupid digital signs. We are already 20 years behind. Get the third lane in already. Ironic that the island has better highways then the FV.