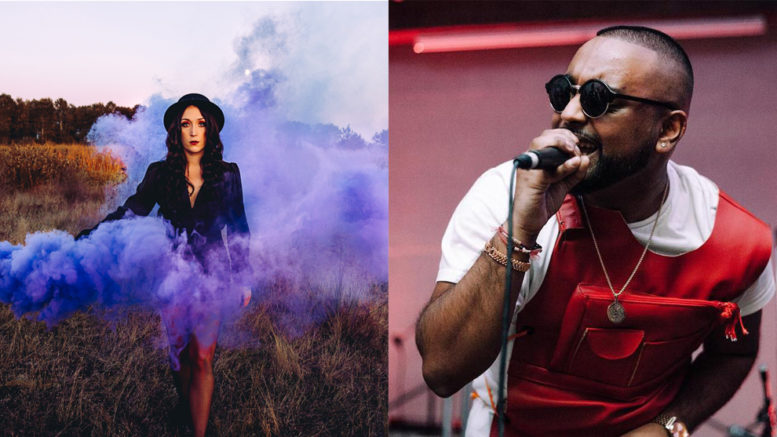 Nylez K is a Canadian R&B singer, songwriter and producer who was born and raised in Surrey, B.C. Influenced by music legends Usher, Ne-Yo and the Weeknd, Nylez was motivated at a young age to create music. To date, he has graced major stages across Canada, including the Rifflandia Music Festival, the South Asian Film Festival and the Much Music Video Awards.

Originally from Nelson, B.C., Charlie PS moved to Vancouver to pursue a career in music. Her most recent achievements include winning best pop song at the Kootenay Music Awards, placing in the Top 100 for the CBC Searchlight Contest and headlining the Railway Club’s

Monarch Series. Charlie’s unique acoustic sound is inspired by the R&B divas of the 70’s and 80’s and the rock and blues legends of the 20th century.

MAY 11 ORIGINAL STORY – Returning for the second year, the City of Surrey has officially launched the 2019 Play Surrey Contest.

This competition allows local musicians to enter to win a performance on the Maple Leaf Stage at Surrey Canada Day on July 1 and Surrey Fusion Festival on July 20.

“The Play Surrey Contest is always an exciting part of both Surrey Canada Day and Fusion Festival, where we encourage local talent to participate,” said Mary Rukavina, Manager of Special Events and Filming. “Each year, we receive hundreds of applications from performers to play at our events. We have discovered so many gifted musicians and want to continue to provide a platform to connect event attendees to local performers that deserve recognition.”

The City of Surrey Special Events Committee will select six finalist videos, which will be posted to the Surrey Canada Day and Fusion Festival Facebook pages. The public will then be asked to vote by liking their favourite entries. Twobands—one for each event—with the most votes by June 12, will win. Winners will receive a performance time slot at the event of their choice, plus a $300 honorarium.

Entries, which must include a performance video, can be submitted between May 10 and May 30 on either the Surrey Canada Day website or Surrey Fusion Festival website.

Be the first to comment on "Play Surrey Contest Winners Announced For Performances At Canada Day, Fusion Festival"