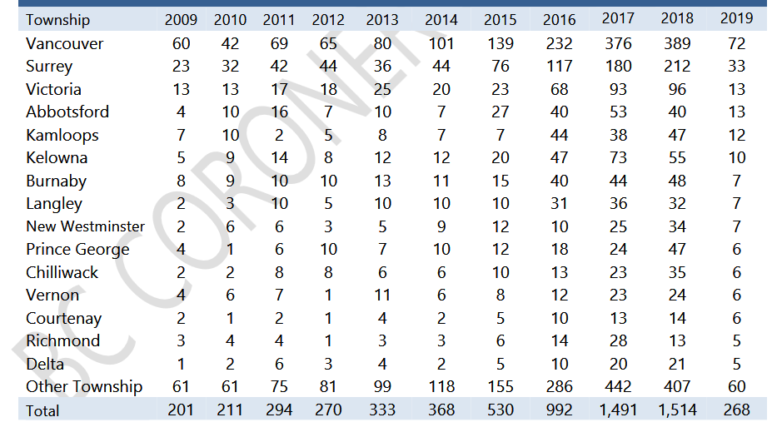 Victoria/Fraser Valley – The BC Coroners Service has released two updated reports on illicit drug deaths and fentanyl-detected deaths to the end of March 2019.

The townships experiencing the highest number of illicit drug overdoses in 2019 are Vancouver, Surrey, Victoria and Abbotsford.

Chilliwack Teen Death May Be From “Game” Rather Than Suicide – Coroner