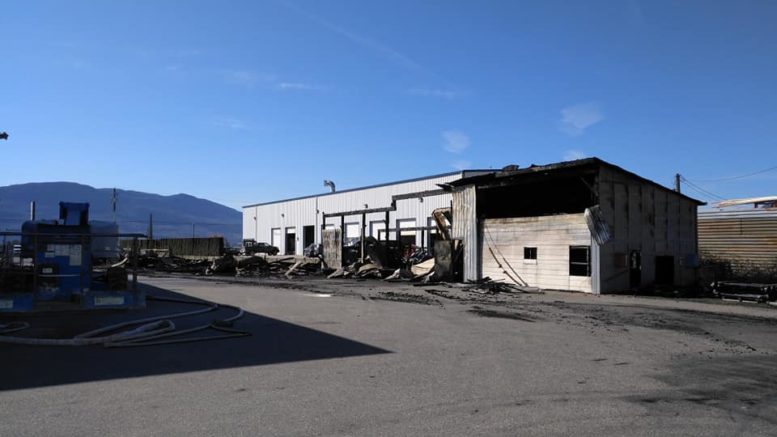 Chilliwack – Chilliwack Fire crews working a Fire that started around 10 PM Thursday night, in the 43000 block of Industrial Way near the Lickman overpass. Escape Trailers sustained heavy damage. There was another suspicious fire earlier this year, in the general area.

Michael Veigh sent a photo to FVN and stated on Facebook: Went to work this morning to come to this. Yes Escape Trailers had a pretty good fire. Lost our headliner, and paint bay.

In their release, Chilliwack Fire stated firefighters found a single story industrial building fully involved with fire extending out of the roof. Crews immediately went into a defensive mode to contain the fire to one building and protect adjacent buildings and a large propane tank.

BC Hydro and Fortis arrived on scene to disconnect hydro and gas services. The building and contents were completely destroyed. There were no civilian or firefighter injuries.The fire is under investigation by the Chilliwack Fire Department and RCMP.