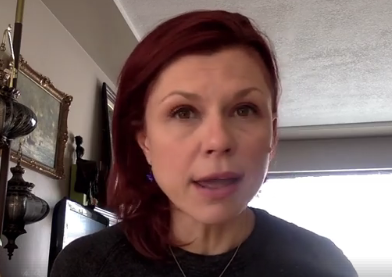 Fraser Valley – Dr. Carin Bondar is the pride of Chilliwack as well as science in general.

Dr. Bondar has been relatively quiet on social media of late, instead, concentrating on many other projects which have taken her to many places on the globe.

The 43 year old Bondar is a Canadian biologist, writer, filmmaker, speaker and television personality. She is a host of Outrageous Acts of Science, Stephen Hawking’s Brave New World, and Worlds Oddest Animal Couples.

Recently she felt she had to speak up on the measles concerns in Metro Vancouver and the Valley and why it is necessary to be vaccinated against the disease.

Dr. Carin Bondar To Speak On The Nature Of Sex November 26 At UFV

Be the first to comment on "Op/Ed – Dr. Carin Bondar – Biologist With A Twist – On Measles And Vaccines (VIDEO)"