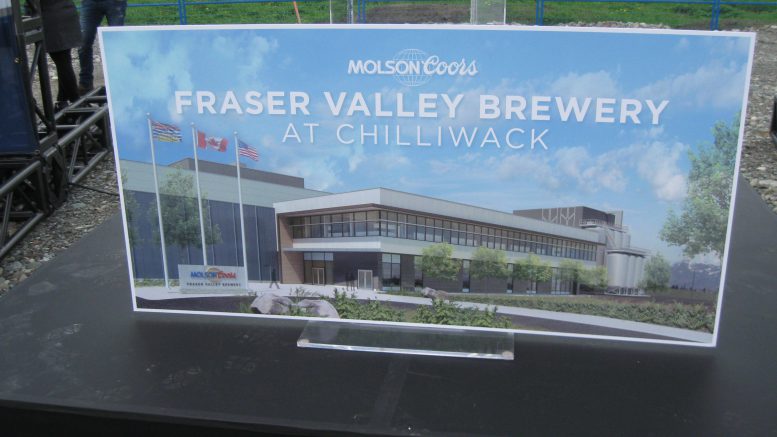 Denver/Montreal/Fraser Valley – As Molson Coors prepares to move its Vancouver brewery to Chilliwack and in 2021, moving their Montreal operations to Longueuil, the finances of the company remain strong.

“This quarter reflects progress on a number of fronts as we drive our consistent First Choice strategy of earning more, using less and investing wisely as brand volume grew in developed and developing markets outside of North America, NSR/HL grew globally, and we grew underlying EBITDA in constant currency in each of our four business units.”

The beer maker stated earnings were US$338.3 million or $1.56 per diluted share for the quarter ended September 30.

The Chilliwack operation is expected to go on line later in 2019.

Molson Coors Brew Tanks Off Loaded And Heading To Chilliwack