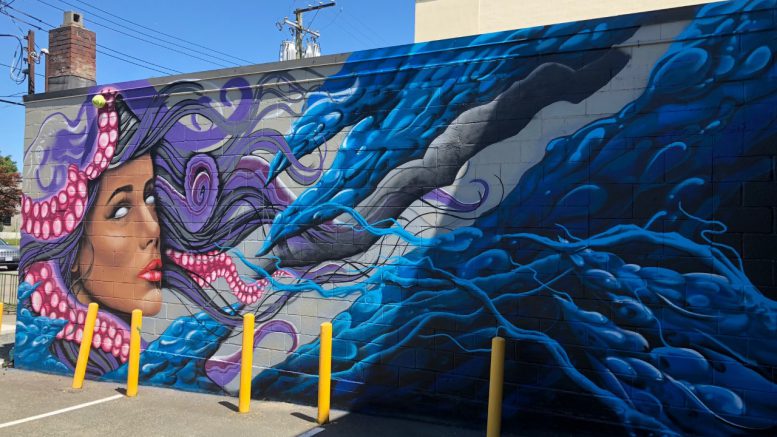 Chilliwack  – Street art is popping up around Chilliwack more than ever, and that’s a good thing. You may have seen the new mural at Five Corners.

Now, in behind the “new” offices for CEPCO and the Chilliwack BIA, is a mural, construction by artist Mavik. When he is not creating art with his spray cans, he along with his boss Frank, are tattoo artists for Supreme Tattoos on Yale.

This mural is on the back of their building. They have received plenty of support from the BIA , so much so, that they will floodlight the art piece at night.

Mavik was also commissioned to do the street art in Yarrow.

Frank, along with his staff and equally pumped about the recent changes and improvements announced for the Downtown Core.  While FVN’s Don Lehn was doing the video for the FVN YouTube channel, City Councilor and Mayoral Candidate Sam Waddington stopped by to pass along his complements.

Along with Five Corners, Frank is hoping that more art such as this is allowed around the “Wack. 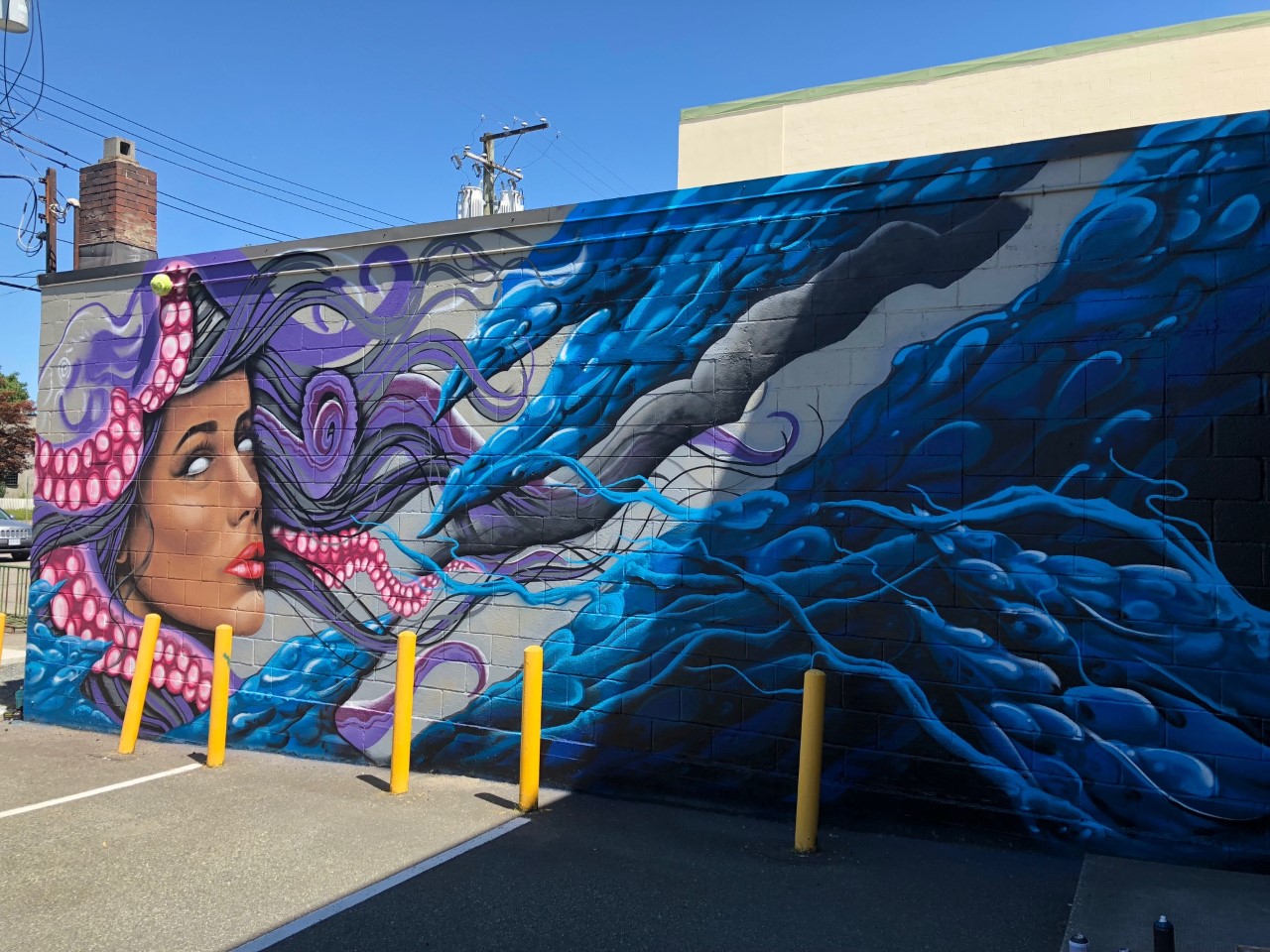 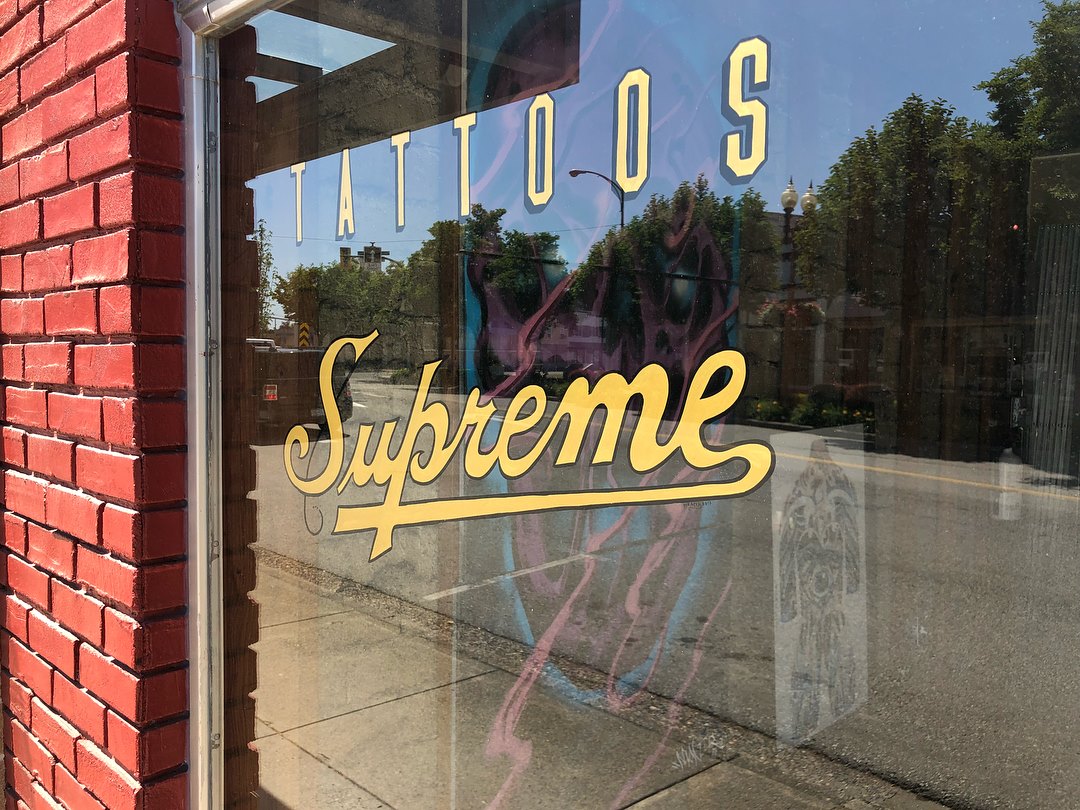 Missing Maple Ridge Man Could Be Anywhere In Fraser Valley