Chilliwack – On the day before another planned protest in front of a Chilliwack School Board meeting (6PM Tuesday January 16), the BC Confederation Of Parents Advisory Councils is calling for a review of the Code Of Conduct In Chilliwack.

The recent (January 1) criticism of the Chilliwack DPAC chair by controversial school trustee Barry Neufeld, which there were inaccuracies in stating that the current DPAC chair Justine Hodge would run for School Board, in the turmoil that is the SOGI 123 discussion, has caused the (BC CPAC) BC Confederation Of Parents Advisory Councils is ask for a review of the Code of Conduct by the local school board.

FVN has obtained a copy of that letter: 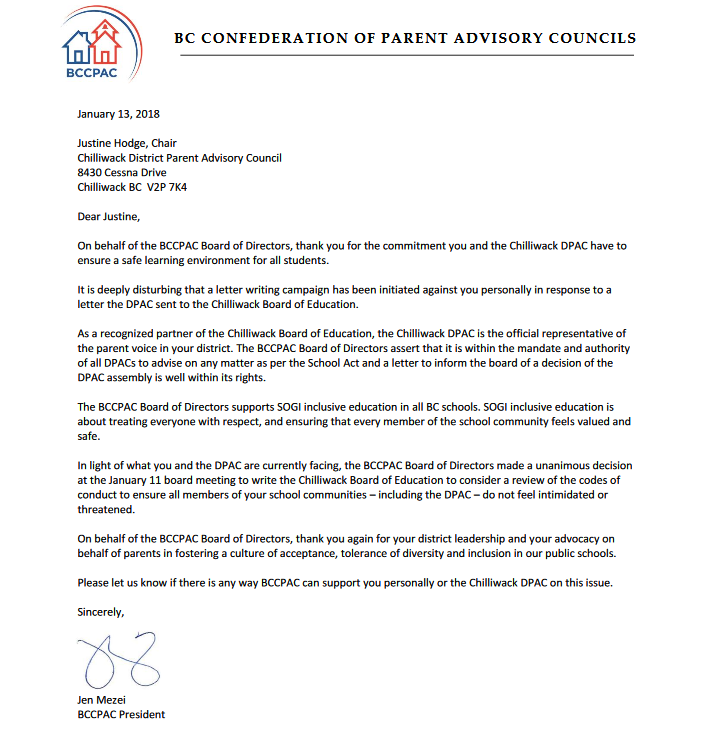