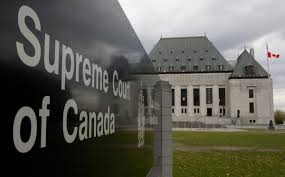 Ottawa – In a 5-2 ruling, the Supreme Court says Canadians can expect their text messages that they send to remain private (in some instances), even after the messages reach their destination.

This follows the high court setting aside firearms convictions of a Toronto man whose messages were found by police on the mobile phone of an alleged accomplice.

The BCCLA,  BC Civil Liberties Association responded to the Supreme Court decision:

Today,  December 8, 2017, the Supreme Court of Canada issued judgments in two cases critical to defining Canadians’ privacy interests in text messages:  R. v. Jones and R. v. Marakah. The Court held that Canadians have privacy interests in their text messages, even after the messages have been sent and received. However, the Court decided that police need not meet stringent warrant standards before collecting already sent text messages directly from a telecommunications provider.

Caily DiPuma, Acting Litigation Director for the BCCLA: “Today’s decisions were surprising. On one hand, the Court confirmed that Canadians have privacy protections for their text communications.  But a majority of the Court also held that police can seize stored text messages directly from a telecommunications provider without meeting stringent warrant requirements.” The BCCLA intervened in both cases to urge the Court to adopt strong privacy protections for the private conversations Canadians have by text message.

In R. v. Marakah, police found text messages sent by Mr. Marakah on the phone of the recipient of Mr. Marakah’s texts. The BCCLA argued that Mr. Marakah continued to have a reasonable expectation of privacy in his sent text messages. The Supreme Court of Canada agreed and confirmed that the privacy protections in section 8 of the Charter continue to protect text communications even after they are sent.

R. v. Jones considered the standard police have to meet when seeking a warrant to acquire text messages from a telecommunications provider after the texts have been sent and received. The BCCLA argued the police should have to meet the stringent warrant standard under Part VI of the Criminal Code. The Supreme Court of Canada The Court held that police are only required to meet a much lower standard when collecting set messages directly from a telecommunications provider.

Caily DiPuma, Acting Litigation Director for the BCCLA, reacts: “Freedom of expression is best promoted when we are confident that our private communications are protected by the Charter. Today, the Supreme Court of Canada affirmed that the private conversations Canadians have by text message deserve protection under s. 8 of the Charter, regardless of when the texts were sent or the device from which they are accessed. However, the Court held that police can access Canadians’ sent text messages directly from a telecommunications provider without meeting stringent warrant requirements. This is an unfortunate development in the law.”

The BCCLA is represented by Nader R. Hasan and Gerald Chan of Stockwoods LLP.

So A Mountie Receives A Scam Text….

BC Court Of Appeal Ruling RE: Solitary Confinement – New Conditions Before June 2019 Implementation

Xmas Must Be Coming – Another Text Messaging Scam