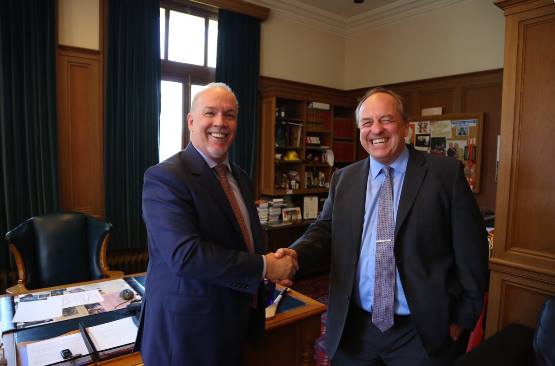 New governments rarely get the chance to decide what their first issue will be. When British Columbia Premier-designate John Horgan’s New Democratic Party minority government is sworn in on July 18, the first priority will be dealing with a wildfire season that has already been one of the worst in recent memory.

Beyond that, however, the incoming Premier has said his first priorities will be to deal with the opioid crisis, the softwood lumber dispute, and public education issues. This, in addition to his party’s pledge – as part of its agreement with the third-place Green Party – to introduce bills banning corporate and union donations to political parties, calling for a referendum on proportional representation, and giving the Greens official party status during the first legislative session of the new government.

Public consensus around a single issue or collection of issues is uncommon, but there are certainly specific issues that are top-of-mind for significant subsections of the population.

In its final public poll taken during the election, the Angus Reid Institute asked British Columbians to name the three most important issues facing the province. In that poll, health care was the most-mentioned issue, selected by 50 per cent of respondents. Housing prices and affordability was second, mentioned by 35 per cent.

In ARI’s post-election poll, these two issues came out on top again, though in opposite order. Some 43 per cent chose housing prices and affordability, and 42 per cent choose health care.

In both polls, “the economy” was a distant third, followed by a collection of issues chosen by slightly fewer than one-in-four respondents, as seen in the graph that follows. 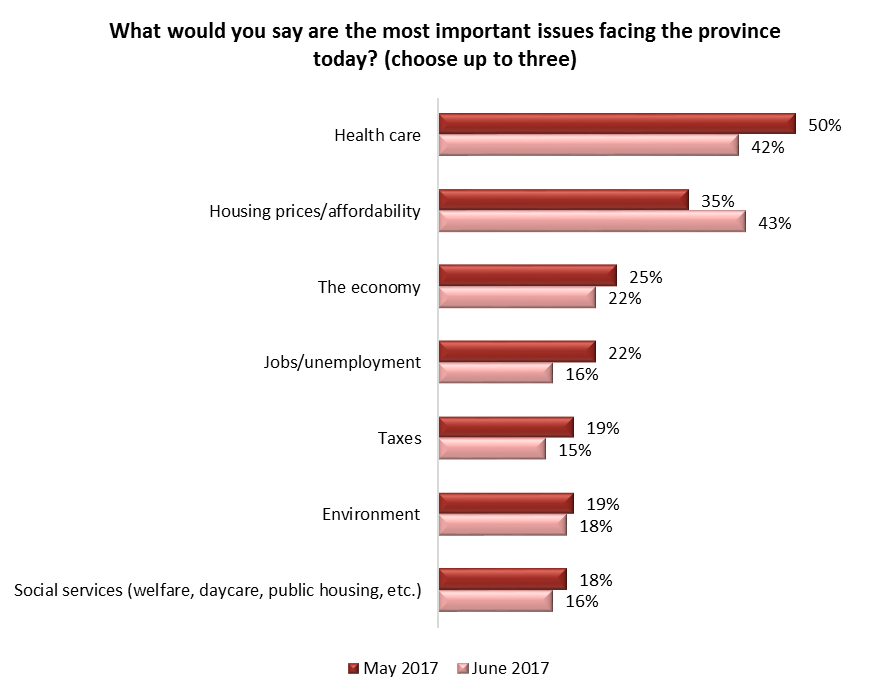 Be the first to comment on "Poll – What Are The Top Issues Facing B.C.’s New Government?"