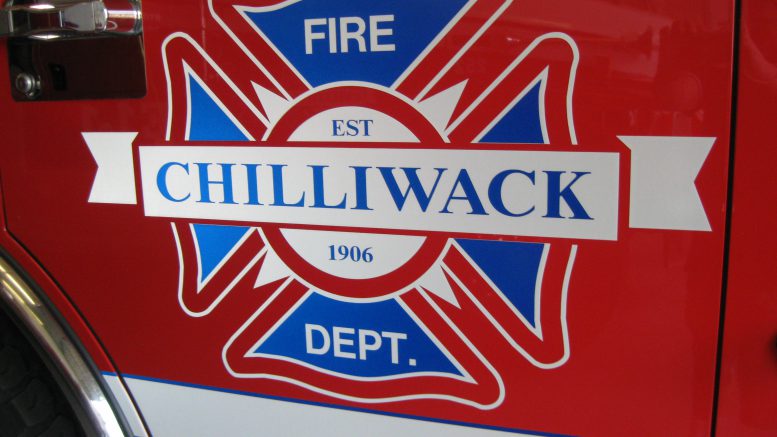 Chilliwack – On Sunday morning (February 12, 2017 at approximately 8:30am) the Chilliwack Fire Department was dispatched to a reported structure fire located in the 5300 block of Goldspring Place. A neighbour noticed light smoke coming from a window of the home and quickly called 911.

Firefighters responded from Halls 1 and 4 and on arrival, reported seeing smoke showing from the two story residential home. Fire crews setup a defensive attack and quickly brought the fire under control.

The home suffered fire damage to the interior stairwell as well as smoke damage throughout.

The residents were not home at the time of the fire.

The cause of the fire appears to be accidental and is still under investigation.

Be the first to comment on "Chilliwack Fire – Goldspring Place"