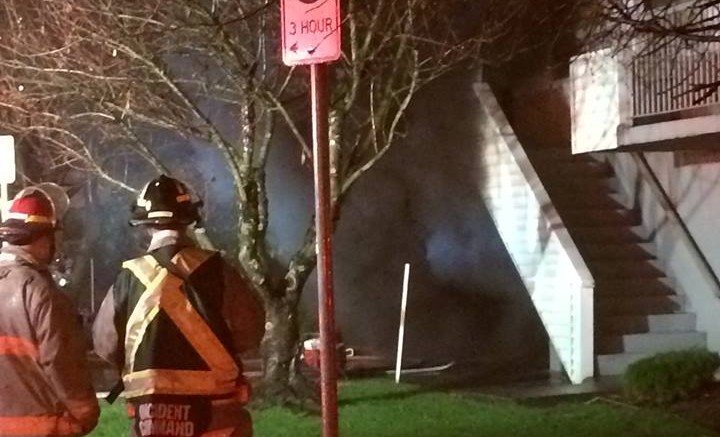 Chilliwack, BC – JANUARY 30, 2017 UPDATE – Some good news for the residents who were burned out from the apartnment complex. Moving trucks have been in and out for the past week as residents slowly move back into the renovated building.

December 21 2015 UPDATE – The 15 burned out vehicles are being removed from the blackened garage. While plumbing and smoke damage are prevalent, there is a concern that structural damage to the building may be so extensive that it could be torn down. Those tests continue on the building.

December 9 – Just after 330AM , Chilliwack Fire responded to a three alarm blaze at an apartment building at 9430 Nowell at Bole. Residents told FVN that they heard a couple of “bangs” coming from the parking garage. Billowing black smoke poured out of the ground floor garage as tenants stood out in the rain.

At least two people were been treated for smoke inhalation and 15 vehicles were damaged or destroyed.

December 10 UPDATE – Chilliwack Fire release : On December 9, 2015 at approximately 3:30am the Chilliwack Fire Department was dispatched to a reported structure fire located in the 9400 block of Nowell Street. On arrival fire crews reported seeing heavy black smoke from the parkade of a 4 storey multi-tenant residential apartment.

Firefighters responded from Halls 1 and 4. Due to the fact that numerous vehicles within the parkade were involved in the fire, it hampered firefighting efforts to bring the fire under control for some time.

Once fire fighters gained access to the parkade and suppress the fire they were able to limit the fire damage to the parkade structure and a small portion of the exterior siding. The interior of the building sustained smoke damage throughout.

There were no civilian or fire fighter injuries. All residents evacuated the building safely and are in the care of Emergency Social Services.

The Chilliwack Fire Department would like to thank the Salvation Army for their assistance in providing residents with breakfast, lunch and a warm place to congregate for the day.

This fire is under investigation by Chilliwack Fire Department and RCMP. 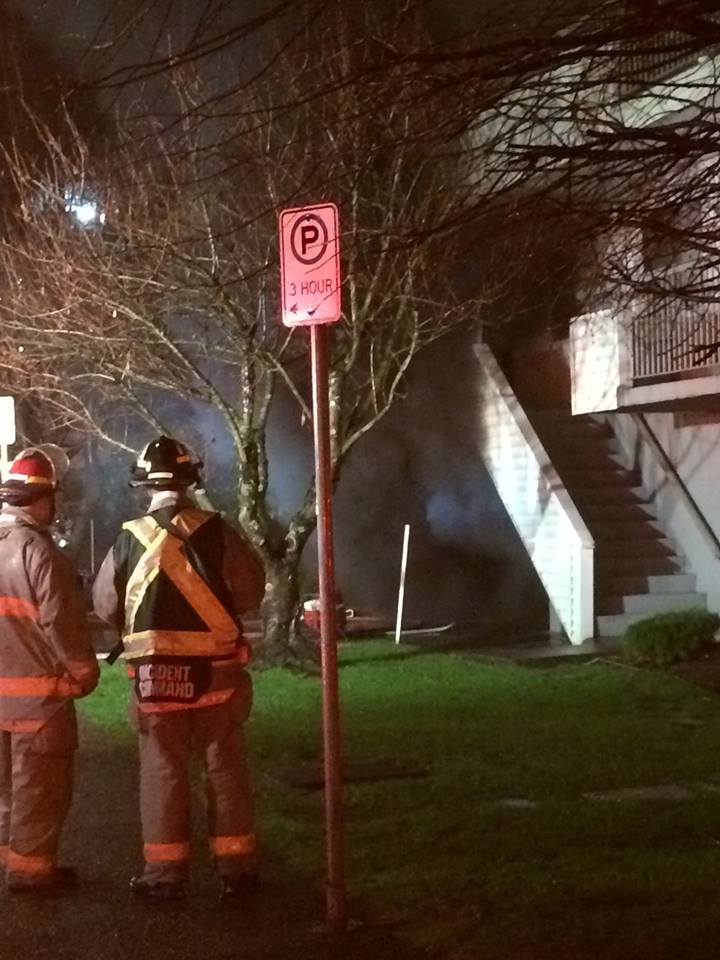